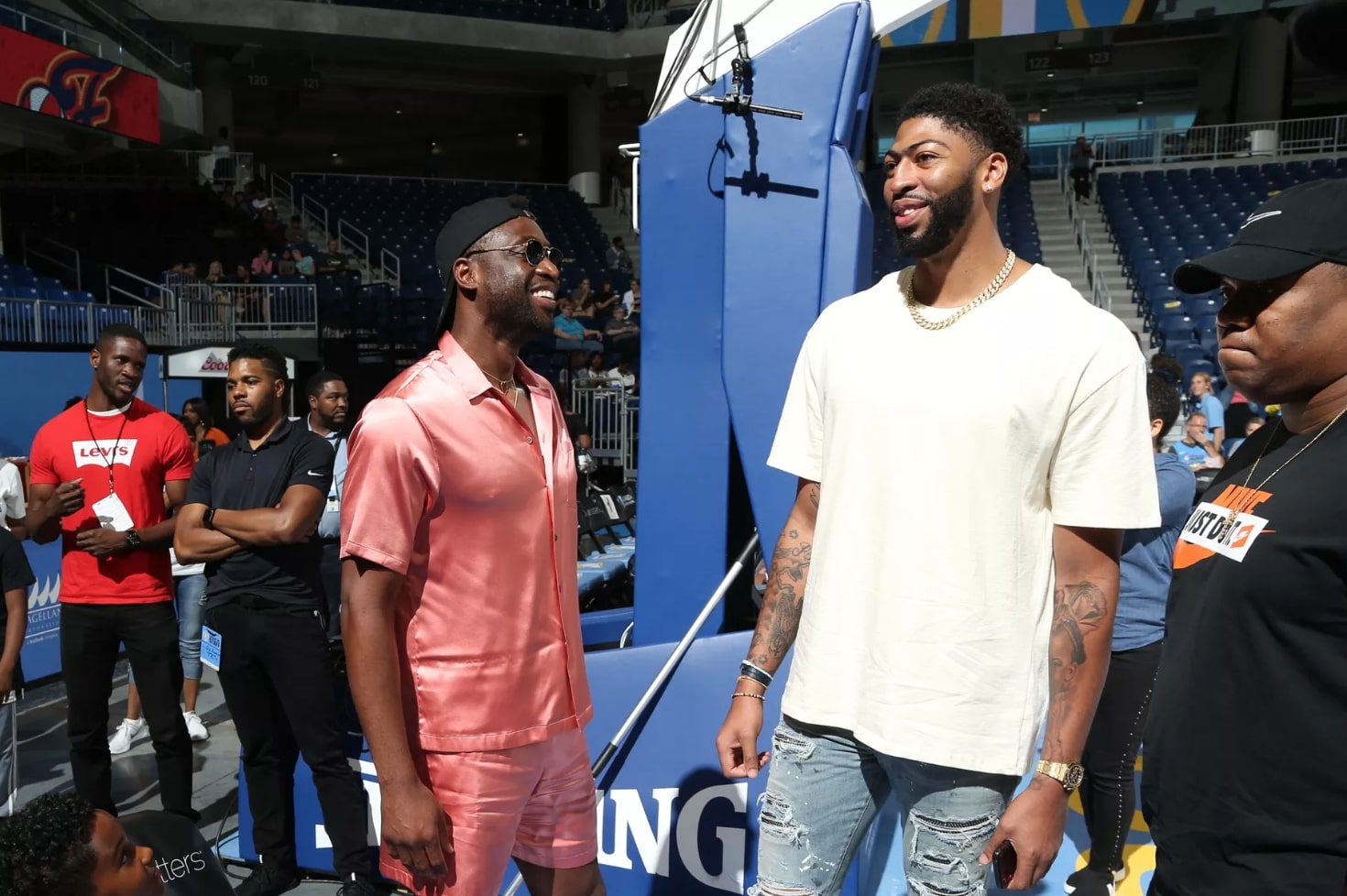 Miami Heat legend Dwyane Wade played a large role in recruiting star Jimmy Butler to the Heat earlier this offseason, and now the three-time champ may be recruiting another star player.

Wade recently took to Twitter and liked a tweet from a fan that claimed that he is currently trying to recruit star big man Anthony Davis to head to South Florida next summer. 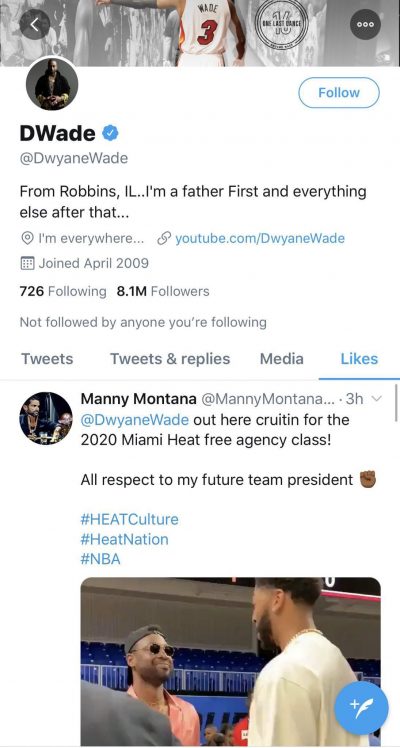 Davis is currently set to play the 2019-20 season with the Los Angeles Lakers after they completed a blockbuster trade for the big man earlier this summer.

He is, however, currently set to become a free agent next summer.

In fact, Davis recently said that he does not plan to worry about a contract extension until after this season is over, claiming that he wants to focus solely on bringing a championship to L.A. this season.

If Wade somehow managed to convince Davis to leave the Lakers after just one season, he would immediately have to be considered for a position of power in the team’s front office.

That development actually coming to pass, however, seems somewhat unlikely.