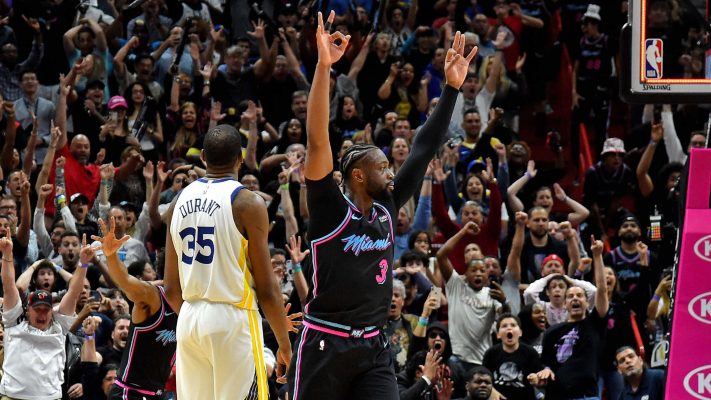 Broussard and Durant have gone back and forth on Twitter over the last few days. It started with Broussard suggesting that the Warriors’ recent success with Durant sidelined is bad for the two-time NBA Finals MVP.

I see a little exaggeration there buddy, my worst nightmare?? U sure that this is the worst that it can get???

Durant took exception to that claim. Broussard, who works for Fox Sports, then claimed that the two have had long text message conversations in the past and have a love-hate relationship.

The 10-time time All-Star fired back by claiming that Broussard doesn’t even have his phone number.

The entire exchange has been fun to follow, and Wade apparently thinks so too.

Wade announced his retirement at the end of the regular season. The former Finals MVP played 16 years in the league and appeared in the All-Star Game 13 times.

He finished his playing days with three championships and career averages of 22.0 points, 4.7 rebounds and 5.4 assists per game.
[xyz-ihs snippet=”HN-300×250-TextnImage”]