Dwyane Wade reacts to his scary fall vs. Sacramento Kings via social media 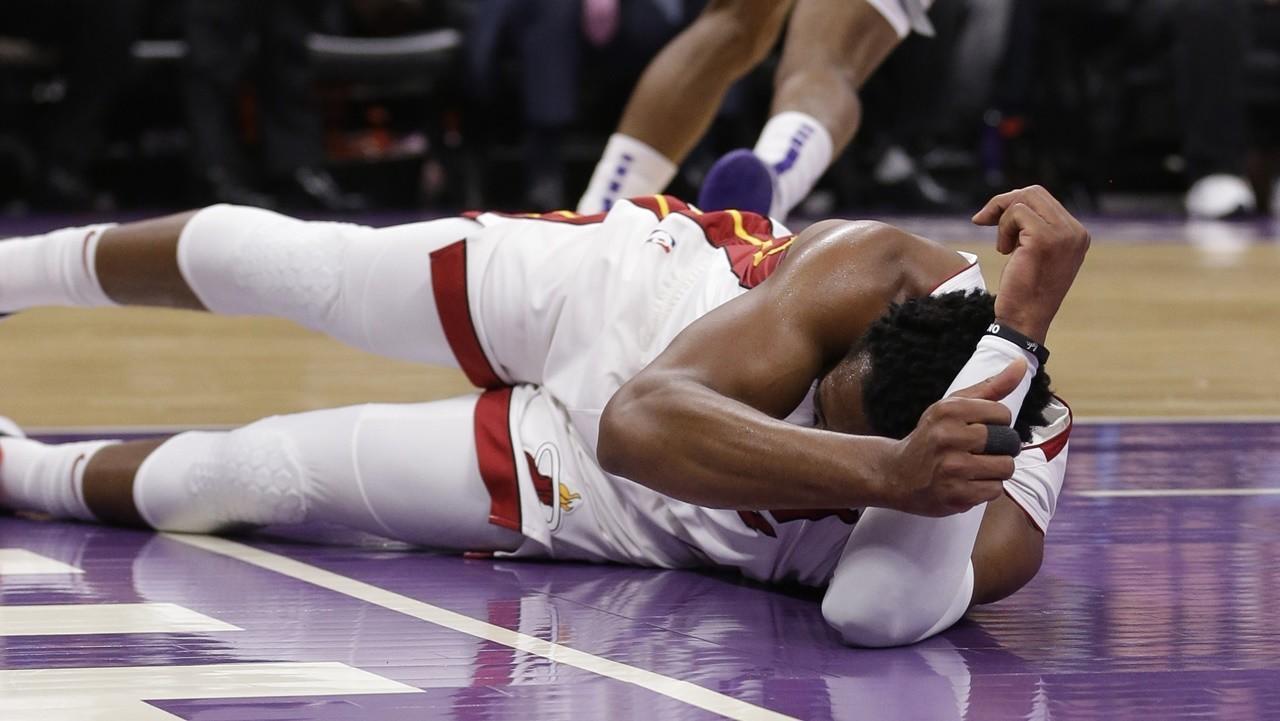 During Friday night’s Miami Heat road game against the Sacramento Kings, Heat veteran guard Dwyane Wade took a scary tumble during the final minute of the first quarter. However, he returned to the game and later took to social media to reassure fans that he would be all right.

Scary fall tonite but by the grace of God I’ll be okay. I’ll be alil stiff and sore for a few days I’m sure. On the bright side because i can’t jump as high anymore the fall wasn’t the far to the floor ?

The fall came with just 15 seconds left in the opening period when Wade went up for a rebound amid a crowd of players. He fell backwards and struck his head on the wooden court after reportedly being nudged by Alec Burks, who the Kings had only acquired on Wednesday.

.@DwyaneWade takes a horrible fall in Sacramento. Thankfully he is able to get on his feet before heading to the locker room for examination.#HEATCulture #NBA pic.twitter.com/DhVThurzgh

Wade had to be helped off the court and was immediately placed in the NBA’s concussion protocol. Midway through the second quarter, Wade was cleared to returned to the game, which he did with 4:35 remaining in the half. Wade received a loud ovation from Kings fans upon his return.

The Kings ended up winning 102-96, but Wade managed to contribute 15 points, four rebounds and four assists in the game. The Heat have now split the first two games of their six-game road trip and will seek to to go above .500 in that category on Sunday night when they face the two-time defending champion Golden State Warriors.
[xyz-ihs snippet=”HN-300×250-TextnImage”]