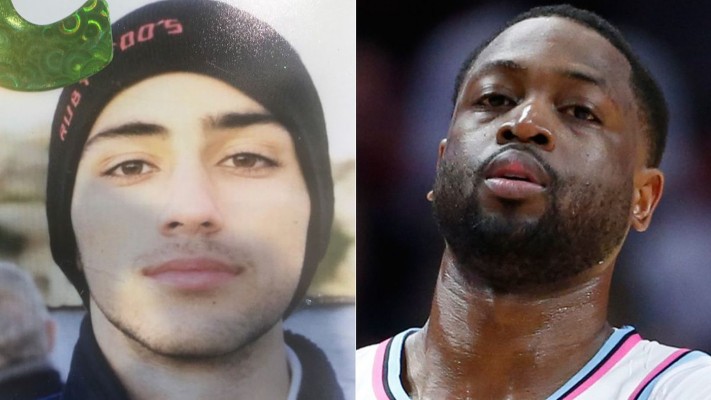 One victim, 17-year-old Joaquin Oliver, was buried on Feb. 17. On Sunday, his parents revealed that Oliver was buried wearing a Dwyane Wade jersey.

Wow, Joaquin Oliver's parents just said on @AlPunto that he was buried in a @DwyaneWade jersey

Hours later, the news got to Wade, who quickly took to Twitter to react to the emotional news.

You’re about to make me cry this afternoon https://t.co/rWFsQcxlYc

After the Miami Heat‘s Monday practice, Wade went into further detail explaining what the news meant to him:

“You really can’t put that in words,” he said. “You hurt for the family and if you’re able to get an opportunity to speak to them, you just try to hope that the time where he was alive, that you was able to bring some form of joy to his life and something memorable, a story that you guys can talk about. I don’t even know the word for it. Like I retweeted on Twitter, I said, ‘You’re going to make me cry.’ It’s emotional even thinking about that, that his parents felt that burying him in my jersey is something that he wanted. I take a lot of pride in what I’ve done in this state and what I’ve meant for the youth, so I appreciate that.”

Wade added that he is grateful for his position within the community to help serve as a role model to Florida’s youth:

“I definitely always said my life has always been bigger than basketball. Playing here and being able to do some of the things I’ve done on the court, and I think off the court just as equally has helped that for sure,” Wade responded. “My mom always told me that my life was bigger than basketball. And I always carry that around by the way I try to treat people. I treat them the way that I want to be treated or the way I want my kids to be treated. I also understand the position that I’m in. God has given me this unbelievable opportunity to play at this level, and I understand what comes with that from a role model standpoint.”

On Saturday, the entire Heat organization held a pre-game tribute to honor those impacted by the school shooting. Wade spoke to a packed American Airlines Arena and the students and staff from Stoneman Douglas that attended the game.

The road to recovery for those impacted by this senseless tragedy will be long and hard, but it is clear that Wade and the rest of the Heat will be there along the way to help in any way they can.
[xyz-ihs snippet=”HN-300×250-TextnImage”]