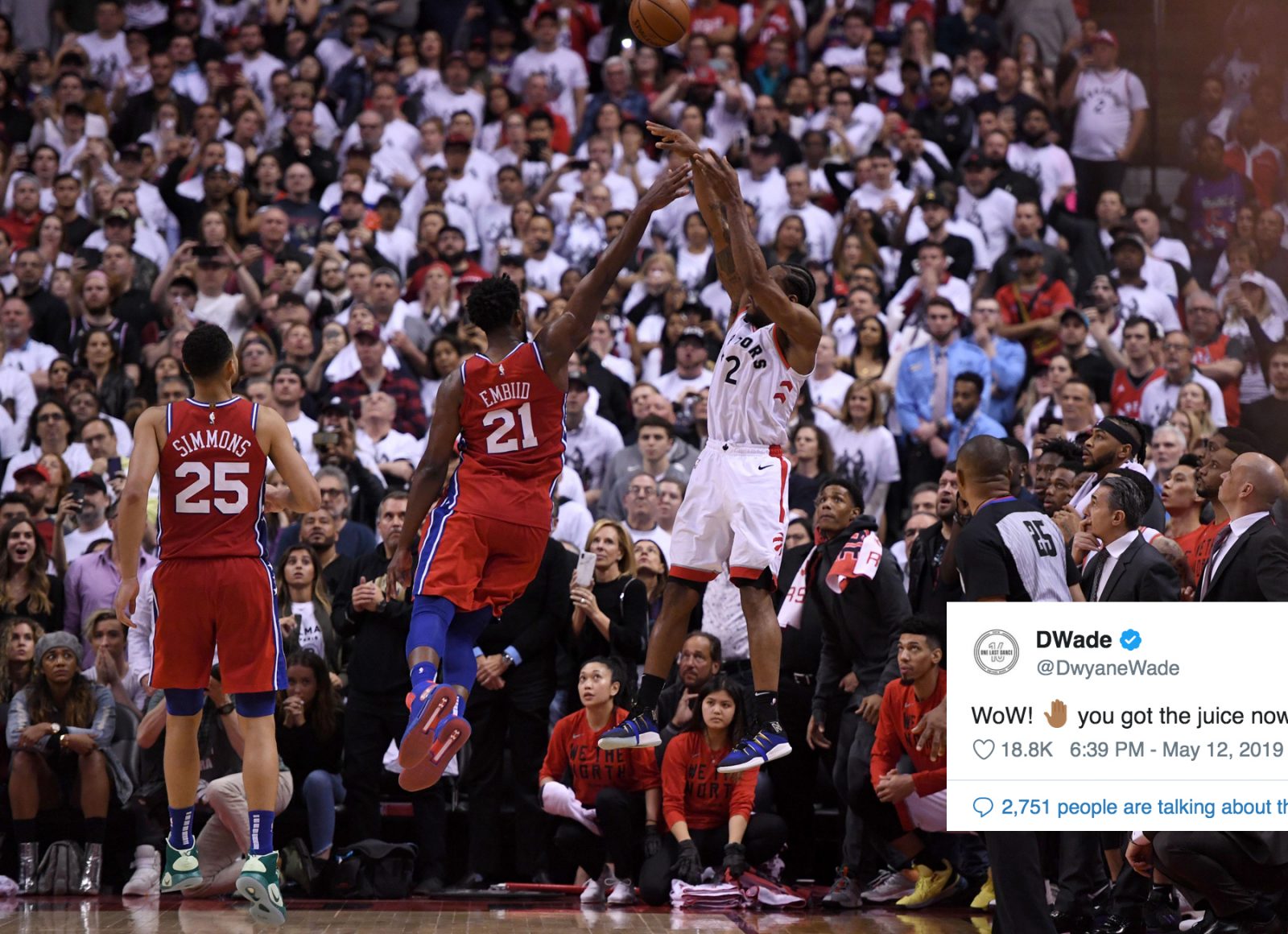 Among the many viewers who watched Sunday night’s thrilling Game 7 playoff matchup between the Toronto Raptors and Philadelphia 76ers was retired Miami Heat guard Dwyane Wade.

After Raptors forward Kawhi Leonard won the game with a dramatic buzzer-beater, Wade took to social media to offer a brief tribute to him.

The deciding game of the second-round matchup had been a tightly contested throughout, with Philadelphia’s Jimmy Butler having just tied the game at 90. That left 4.2 seconds left on the clock, with Leonard taking the inbounds pass and driving to the right corner before lofting up a fadeaway jumper that went in.

However, it was the dramatic way in which that basket was scored that will likely make it a staple of future highlight reels. That’s because it precariously bounced on the rim multiple times before finally going in, sending the Raptors to the Eastern Conference Finals, where they’ll face the Milwaukee Bucks.

While there’s no MVP award for a playoff series prior to the NBA Finals, Leonard was undoubtedly the star of this particular series. In the seven contests, he averaged 34.7 points, including 41 in Game 7, 9.9 rebounds and 4.0 assists per game.

The performance offered clear evidence that Leonard is back to the form that had previously made him one of the best players in the league. That status had been absent during the 2017-18 campaign when he was limited to just nine games due to injury. Off-the-court conflict with his previous team, the San Antonio Spurs, led to an offseason trade to Toronto.

It was during Leonard’s time in San Antonio that Wade himself became very familiar with they type of damage that Leonard can do on the court. During the 2014 finals, Leonard’s Spurs defeated Wade’s Heat squad in five games, with Leonard being named MVP of that series.
[xyz-ihs snippet=”HN-300×250-TextnImage”]