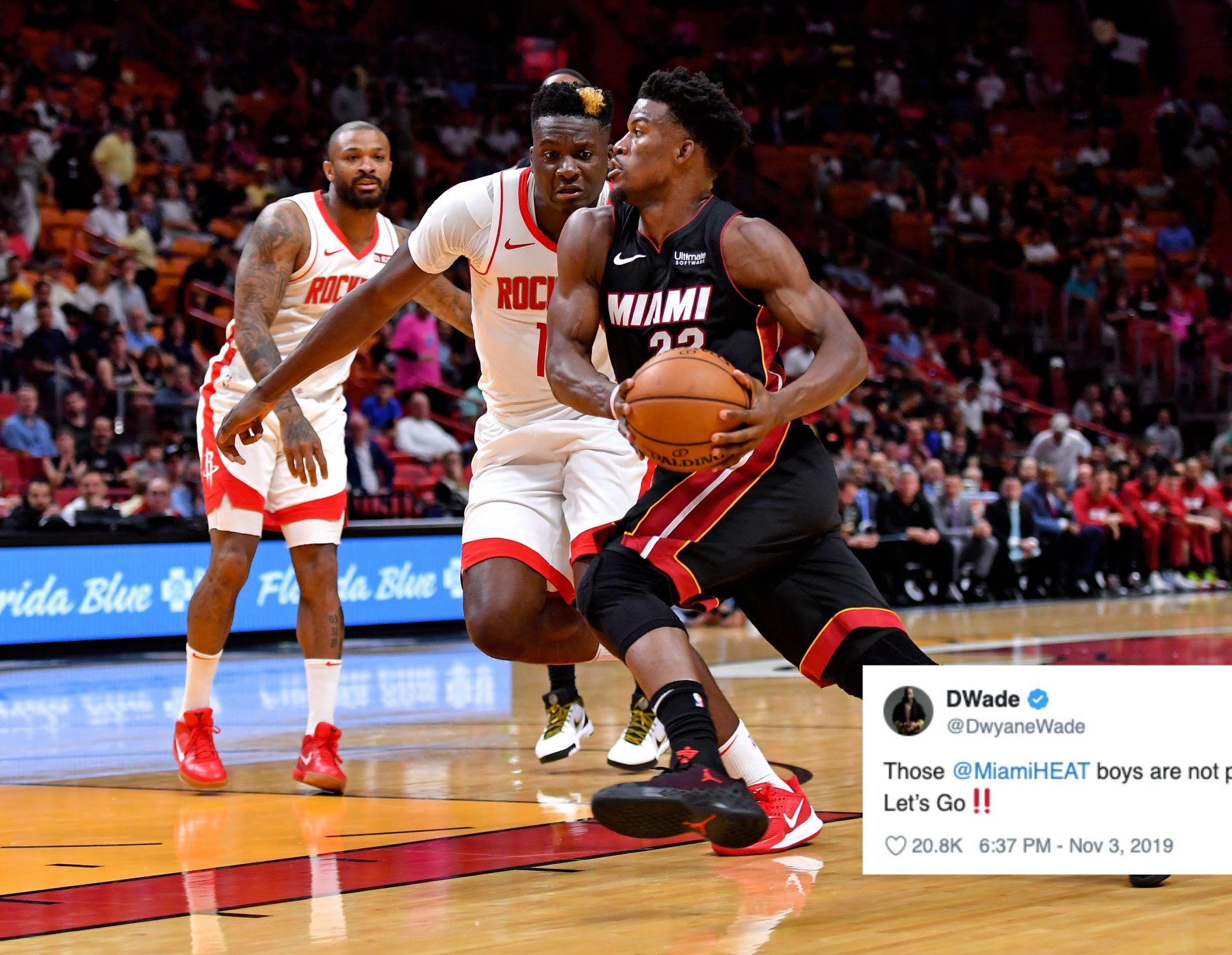 After the Miami Heat clobbered the Houston Rockets 129-100 on Sunday, Heat legend Dwyane Wade gave his former team some love via social media.

Those @MiamiHEAT boys are not playing games!!! #HeatNation Let’s Go‼️

The win gave the Heat a very promising 5-1 record on the season. Only the Philadelphia 76ers, who are undefeated with a 5-0 record, have a better winning percentage.

The Heat propelled themselves on Sunday by virtue of a huge first quarter, which ended with them leading the Rockets, 46-14. It was the third largest lead at the end of the first quarter of an NBA game since the introduction of the shot clock in 1954.

Miami did much of its damage on the defensive end, as Houston stars Russell Westbrook and James Harden were held to a combined 9-of-25 shooting from the field.

Overall, the Rockets only made a paltry 39.2 percent of their field-goal attempts, and the Heat capitalized by tallying 25 fast-break points.

This is the best start through six games for the Heat since the 2012-13 season, which happens to be the last time they won an NBA championship.