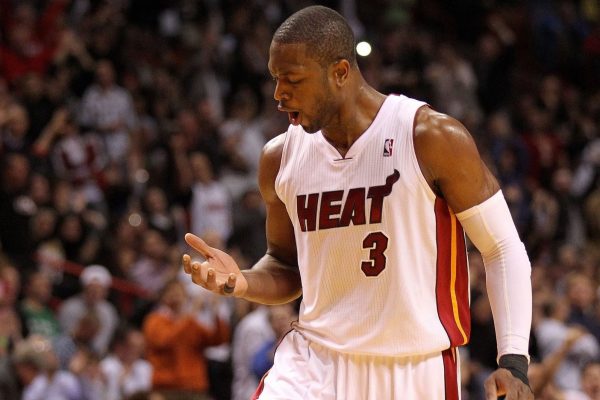 Dwyane Wade is one of the best players to ever suit up for the Miami Heat.

The future Hall of Famer is also one of the greatest two-way players in the history of the game. He even acknowledged that distinction recently via social media.

Wade’s impact on the offensive end of the floor cannot be overstated. The shooting guard averaged 22.0 points and 5.4 assists per game through his NBA career.

His quickness, ability to convert difficult shots and his knack for getting to the free-throw line made him a difficult cover for defending players.

However, the 13-time NBA All-Star’s offensive game often overshadowed how well he played on the defensive end. Wade was able to take advantage of his athleticism and 6-foot-4 frame to defend opposing players from anywhere on the floor.

He averaged 1.5 steals per game in his career.

Moreover, Wade has blocked more shots than any other guard in NBA history if regular season and playoff stats are included. He has 1,060 total blocks, nine more than Michael Jordan had in his storied career.

Thanks to Wade’s sublime play on both ends of the floor, the Heat have three championship banners hanging from the rafters.