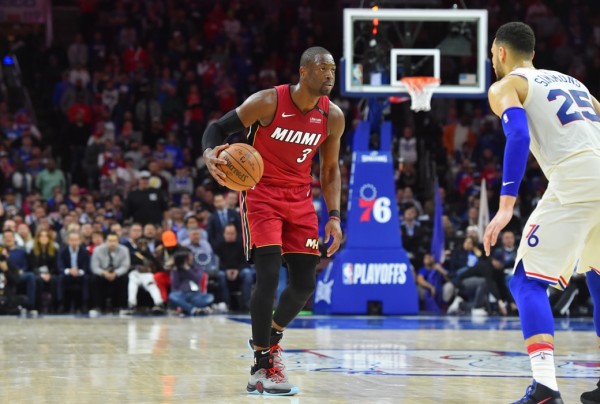 After a heartbreaking loss to the Philadelphia 76ers on Saturday night, the Miami Heat are headed to the City of Brotherly Love for a must-win Game 5.

While it would be easy for the Heat to bow their heads and accept what some might think is an inevitable defeat, Dwyane Wade reminded his teammates and his fans that failure is not something you accept, but something you learn from.

On Sunday, Wade took to Instagram to post a picture of him attempting shots from the free-throw line at American Airlines Arena. Despite scoring 12 points in the fourth quarter of Saturday’s game, Wade missed a crucial free throw late in the contest. He seems to have used that miss as motivation to have an even larger impact in Game 5.

While the photo is epic enough on its own, his caption proves that he is nowhere near giving up on this season.

The three-time NBA champ has not only been a motivational leader for his team in their playoff series with the 76ers, he has also been a leader on the court. So far, Wade is averaging 18.0 points, 4.0 rebounds, and 3.3 assists per game.

Hopefully, Wade’s commitment to success will rub off on his teammates in Game 5. If the Heat can get the win, the series will head back to Miami where Wade can put on yet another show in front of a raucous home crowd.
[xyz-ihs snippet=”HN-300×250-TextnImage”]