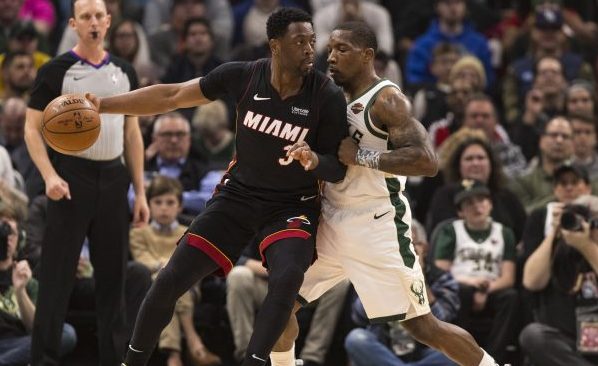 The Miami Heat were seriously humbled in their 124-86 defeat at the hands of the Milwaukee Bucks, but that didn’t stop Dwyane Wade from poking fun at himself with the help of his infant daughter.

Wade posted to Instagram following the game, and couldn’t help but make a joke about the lopsided defeat.

@kaaviajames looking at me when i walk in the house after losing by 38 points tonite.

The loss is certainly disappointing, but Wade’s post is an important reminder to not take yourself too seriously.

Beyond that, the Heat have won four of their last six games and still sit atop the Southeast Division. Still, if they want to maintain that standing, they will have to make sure not to repeat the performance that they put out against the Bucks. While 11 members of the Heat roster scored in Tuesday night’s game, only two managed to reach double digits.

Based on this post, it’s clear that Wade has already managed to move on from his down night against the Bucks. Hopefully, that also means he is already preparing for Miami’s next matchup against the Detroit Pistons later this week.
[xyz-ihs snippet=”HN-300×250-TextnImage”]