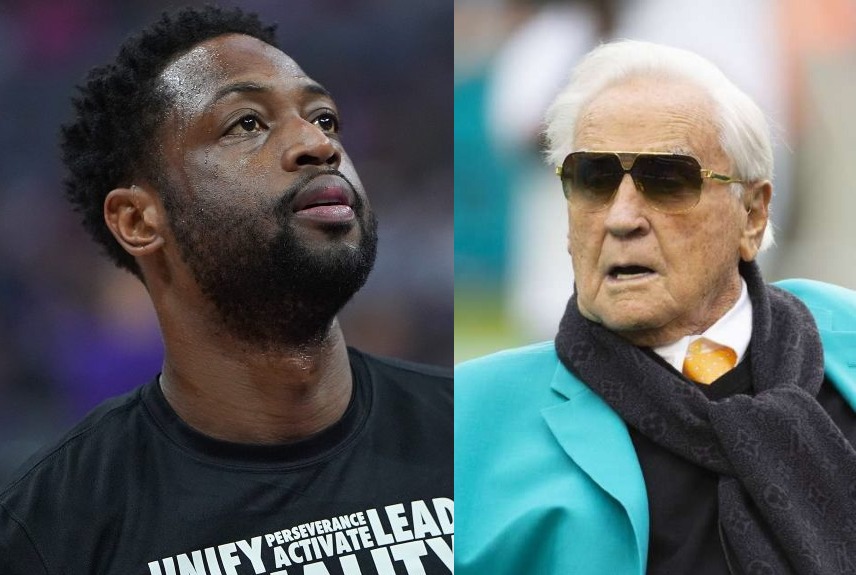 With the Miami Dolphins in a state of melancholy following the death of NFL legend Don Shula, Miami Heat star Dwyane Wade took his turn in paying respect to the illustrious icon. 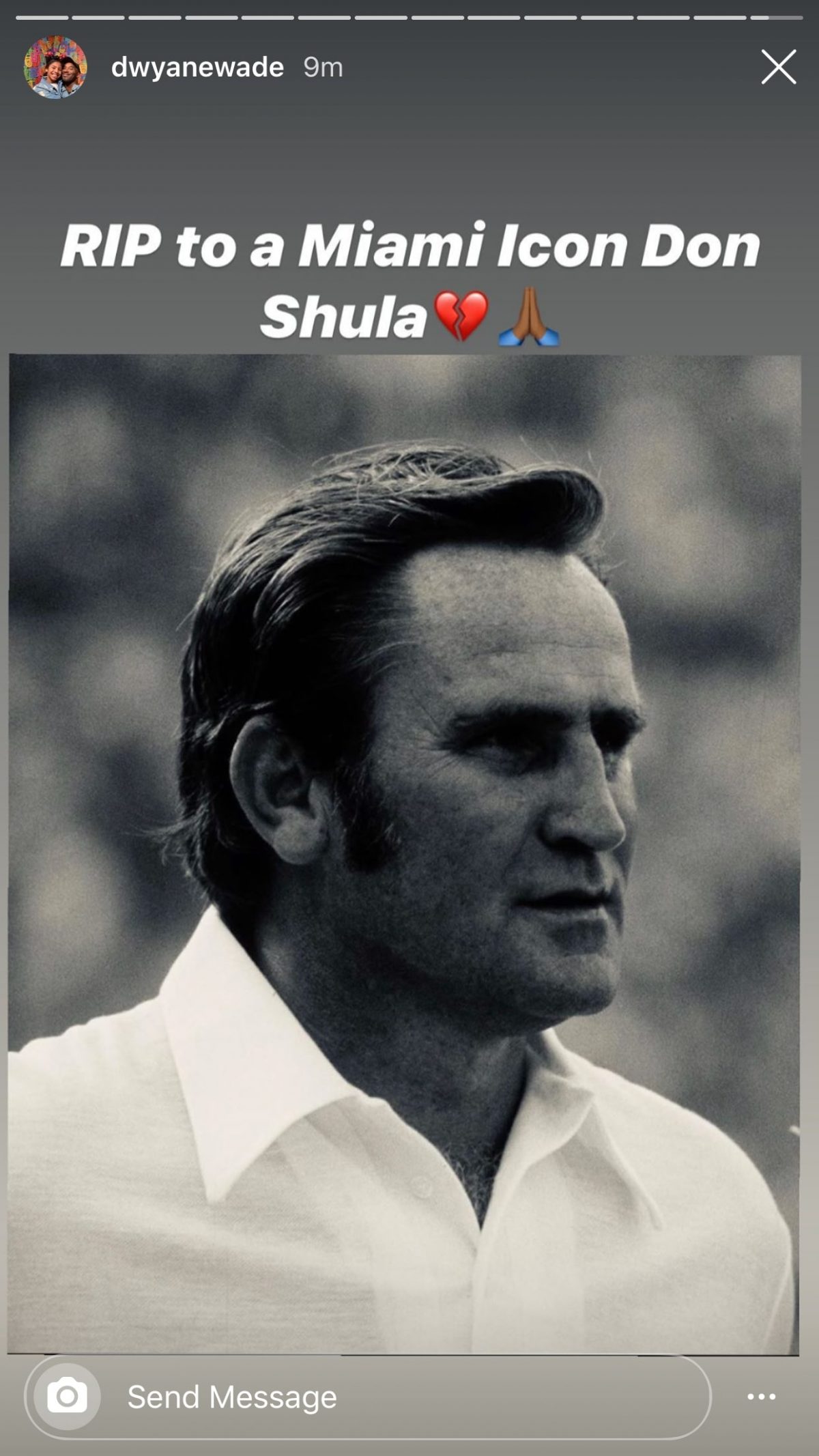 Shula, 90, passed away on Monday morning.

The former Dolphins head coach is the winningest coach in NFL history. He coached the Dolphins from 1970 to 1995, leading the franchise to two Super Bowl titles in that span.

One of those championships came during the historic 1972 season. Shula spearheaded the greatest campaign in NFL history as the Dolphins went 17-0 and won the franchise’s first Super Bowl in 1972.

To this day, that unparalleled mark has yet to be reproduced.

Wade, another Miami legend, carried the winning torch for South Florida in the basketball realm during his playing days. The 6-foot-4 guard captured three championships in five NBA Finals trips over the course of his career.

The former Finals MVP retired from the NBA following the conclusion of the 2018-19 NBA regular season.