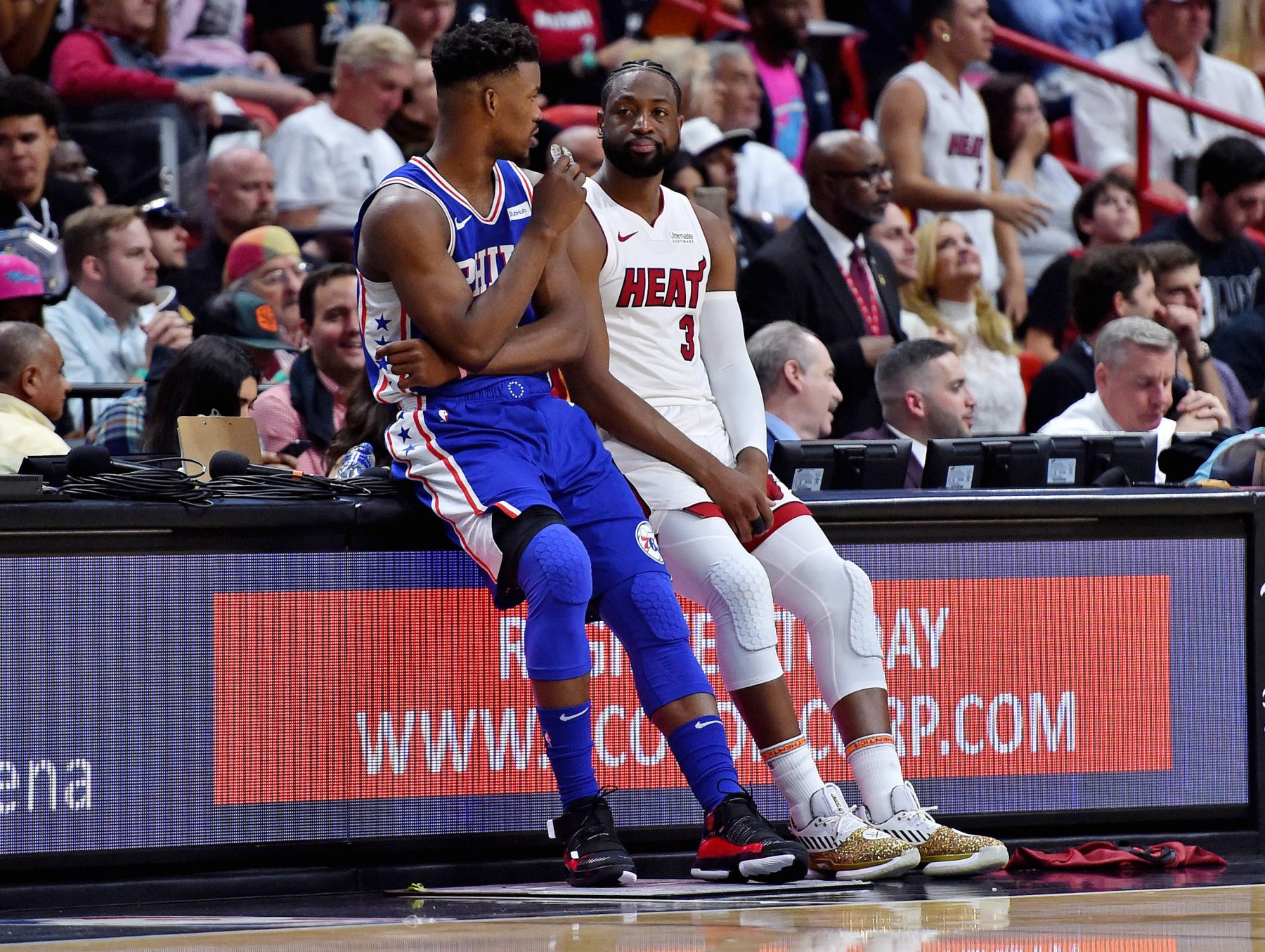 Just a few months after retiring from an illustrious 16-year NBA career, most of which were spent with the Miami Heat, Dwyane Wade took to his Instagram account to welcome the team’s newest All-Star.

Jimmy “no middle name” Butler ||| Welcome to Miami! No you can’t wear number 3 & No you can’t have my locker.

Jimmy Butler was acquired in a four-team trade that involved the Philadelphia 76ers, Portland Trail Blazers and Los Angeles Clippers. To obtain him, the Heat sent fourth-year guard Josh Richardson to the Sixers and center Hassan Whiteside to Portland.

Whiteside had played the last five seasons in Miami and had averaged double digits in rebounding in each of those seasons.

Butler, 29, is a four-time NBA All-Star, four-time All-Defensive team selection and has twice been named to the All-NBA Third Team. He was traded to the Sixers early last season after asking for a trade from the Minnesota Timberwolves, and averaged 20.0 points, 5.6 rebounds, 4.3 assists and 2.0 steals a game.

According to reports, he is set to sign a four-year deal that will be worth $142 million. He is sure to bring some star power to a Heat team that has been devoid of it in recent seasons, despite the presence of Wade during his sunset years.