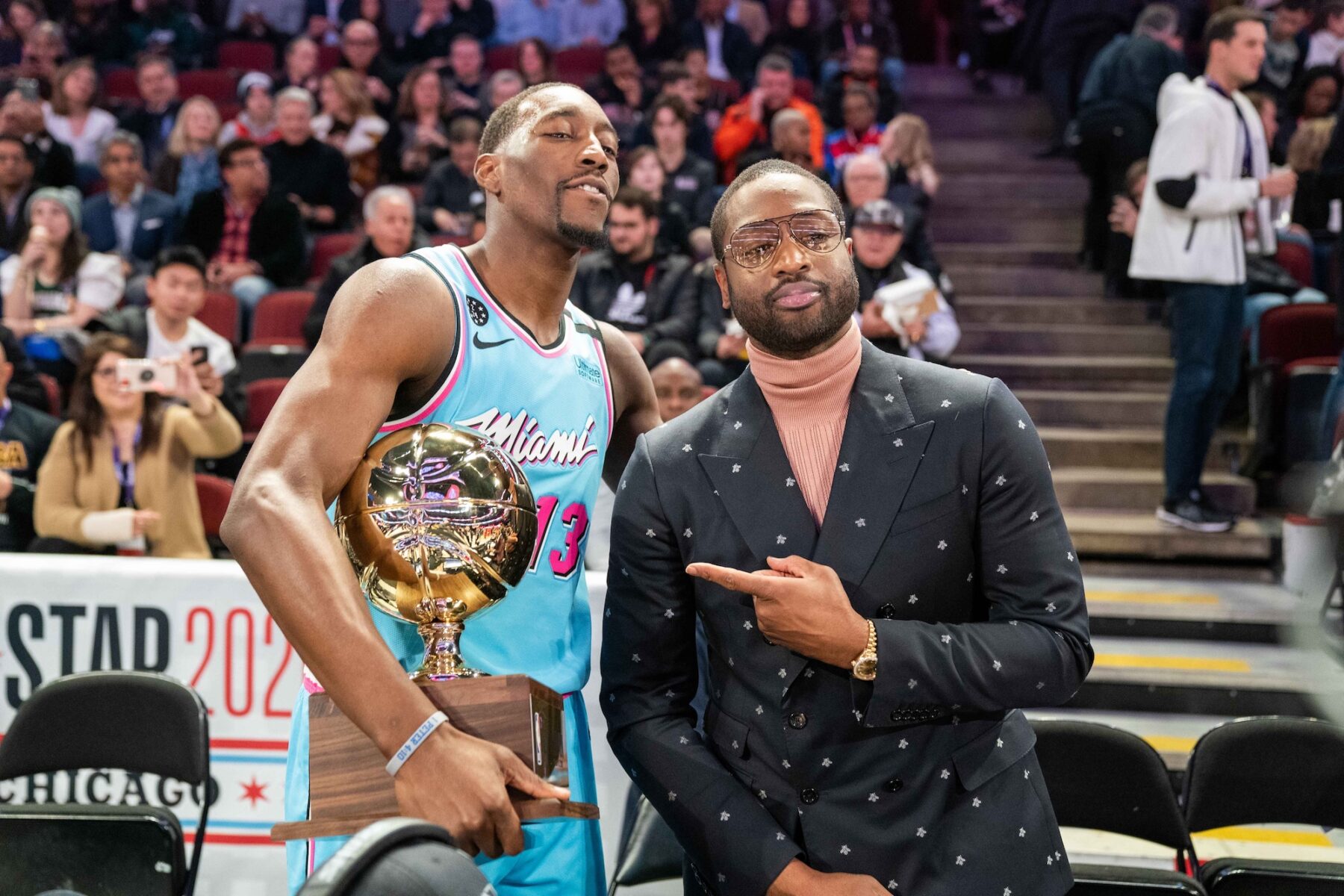 The third-year center is in the midst of the best season of his career. Not only was Adebayo named to his first All-Star team this season, but he also averaged career-highs in points (15.9), rebounds (10.2) assists (5.1) and blocks (1.3) per game during the regular season.

Wade gave his thoughts on the University of Kentucky product’s ceiling as a player when speaking with Anthony Chiang of the Miami Herald.

“He has no ceiling. He has none,” Wade said of Adebayo. “I won’t put any on him either because I’ve been that young guy who a lot of people didn’t have high expectations for, but you knew he could do something. Then look what happened to my career. Bam has no ceiling at all, man. I think we all knew that Bam was a Miami Heat guy. That’s all we knew. We knew that he was in line with the Alonzos [Mourning] and the UDs (Udonis Haslems) of the world. He’s that kind of talent and kind of player, with the way he approaches things.

“What he has been able to accomplish in his third year, winning the Skills Challenge as a big guy. Then coming back and playing in an All-Star Game. He could have gone into the Dunk Contest if he wanted to. He has the ability to do everything. One day, he’s going to become a great outside shooter. Right now, he’s becoming a great in-the-post, face-up, midrange kind of shooter. He’s going to eventually extend it and he’s going to become a great shooter.”

That is some praise that Adebayo will surely hang his hat on.

The Heat have advanced to the Eastern Conference Finals and are set to face the Boston Celtics in Game 1 on Tuesday night.

They will need Adebayo to continue to showcase his star ability if they want to advance to their first NBA Finals since 2014.