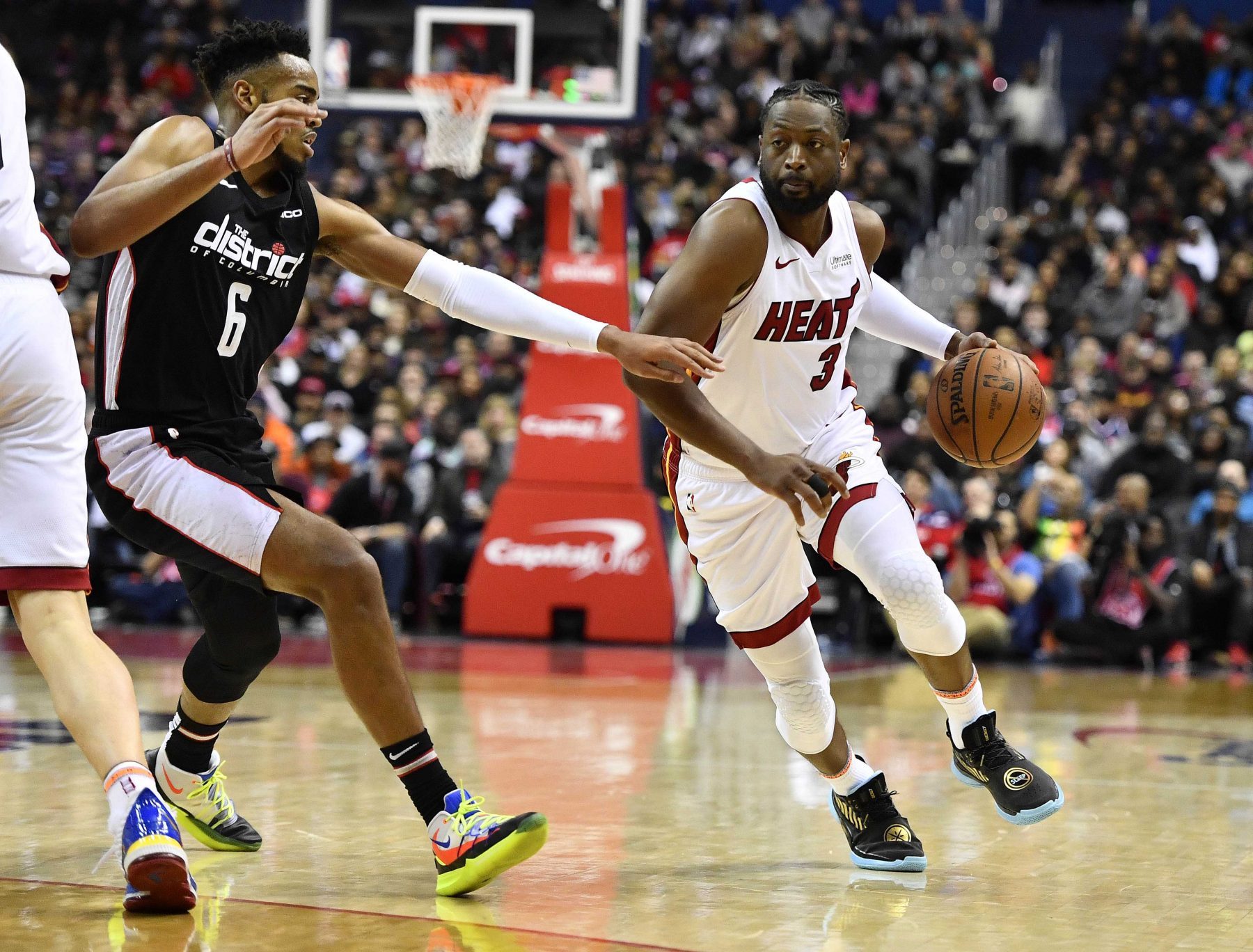 Coming through in the clutch has been Dwyane Wade’s trademark throughout his 16 seasons in the NBA.

After delivering again in the Miami Heat’s Saturday night win over the Washington Wizards, the veteran stated that his performance was nothing out of the ordinary.

Wade scored 11 of his 20 points on the night in the fourth quarter to help the Heat win a tight contest, 113-108. With the Heat battling to reach the playoffs, he was asked about whether he envisioned that he’d still be the team’s closer this close to the end of his NBA career.

“I’m playing the way I’ve always played in moments,” said Wade. “I’m not going to deliver every night but it damn sure feels good when you can deliver, especially on the road, and we need it. Glad that I can be what I once was in moments and situations when the team needs.”

Despite being 37 years of age, Wade played all 12 minutes of the final period and looked sharp, connecting on 5-of-7 from the field.

For the game, he grabbed nine rebounds on the night and handed out five assists. His final assist of the evening came with 16.9 seconds left and gave teammate Kelly Olynyk the opportunity to clinch the game for the Heat with an exclamatory dunk.

While the contest was a road game for the Heat, Wade was inundated with cheers throughout the matchup. He was honored by the response.

“That’s just love,” said Wade. “Just seeing the reaction, I appreciate it. I gave everything to the game that I wanted to give and that’s what I’m getting back. It warms my heart for sure.”

The Heat are now a full game ahead of the Orlando Magic for the eighth and final playoff berth in the Eastern Conference. With Miami having nine games left to play, the two teams are set to battle at American Airlines Arena on Tuesday night.

Wade and his teammates are also within 1.5 games of Detroit and Brooklyn, who are tied for the sixth-best record in the East.
[xyz-ihs snippet=”HN-300×250-TextnImage”]