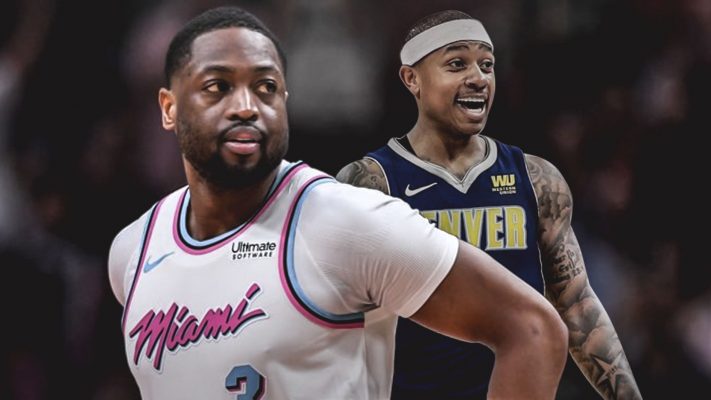 If he were black he woulda been shot and killed!!! It’s like they was playing tag with him or something smh https://t.co/SqEh26G4jO

According to the original tweet that Thomas shared, the man killed two women and a child. Thomas was upset to see that the police appeared to be “playing tag” with the suspect rather than capturing him with more determination.

With seemingly no weapon on the suspect, what likely disturbed Thomas even more was the fact that it required 100 police officers to finally capture the fugitive.

Moreover, Thomas made it a race issue when he contrasted the incident with how violently the man would have been treated if he was black. The comments from his tweet show that his view was unpopular to his followers.

Wade and Thomas were once teammates with the Cleveland Cavaliers. The two played together with LeBron James during the Cavs’ tumultuous 2017-18 season.

With the Cavs underperforming during the first half of the season, the team was virtually gutted at the trade deadline to salvage what was left of its campaign. Wade was traded to the Heat while Thomas was dealt to the Los Angeles Lakers to make room for new players that would complement James better.