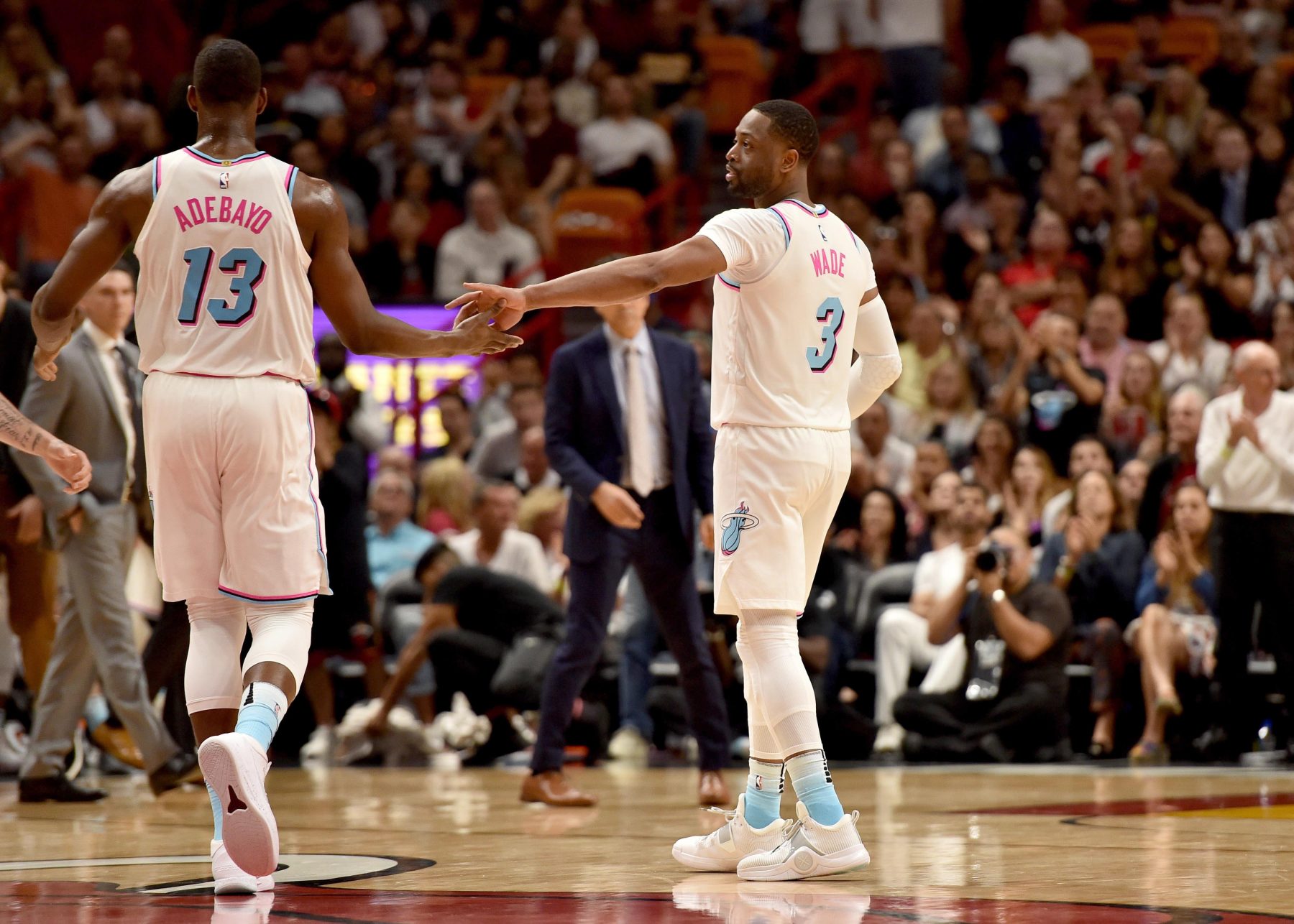 The success enjoyed by the Miami Heat through the first month of the 2019-20 season has been due much in part to the contributions from third-year center Bam Adebayo.

Following the Heat’s 109-94 Saturday night win over the New Orleans Pelicans, retired Heat legend Dwyane Wade took to Twitter to indicate that he thinks Adebayo should win the NBA’s Most Improved Player award.

In the win over the Pelicans, Adebayo delivered his third consecutive double-double and seventh in just 12 games this season for the Heat. The University of Kentucky product offered another stellar all-around performance on Saturday with 18 points, 14 rebounds, four assists, three blocks and two steals. In addition, he connected on 8-of-11 from the field.

Adebayo is currently averaging 13.9 points and 10.6 rebounds per game this season, numbers that have jumped from his respective per-game averages for 2018-19 of 8.9 points and 7.3 rebounds. His assist average has more than doubled from 2.2 per game last season to 4.6 this season. In addition, his blocks per game average has similarly improved, moving from last year’s 0.8 per contest to 1.5 thus far for the season.

One of the chief reasons for Adebayo’s numbers increasing is because he’s averaged 32.3 minutes per game for the 2019-20 season, an uptick of nine minutes per contest from last year

Whether or not Adebayo’s numbers are enough garner Most Improved Player votes remains unknown. Regardless, the 9-3 Heat are happy with what Adebayo’s giving them and how he’s serving as an important building block for the present and future.