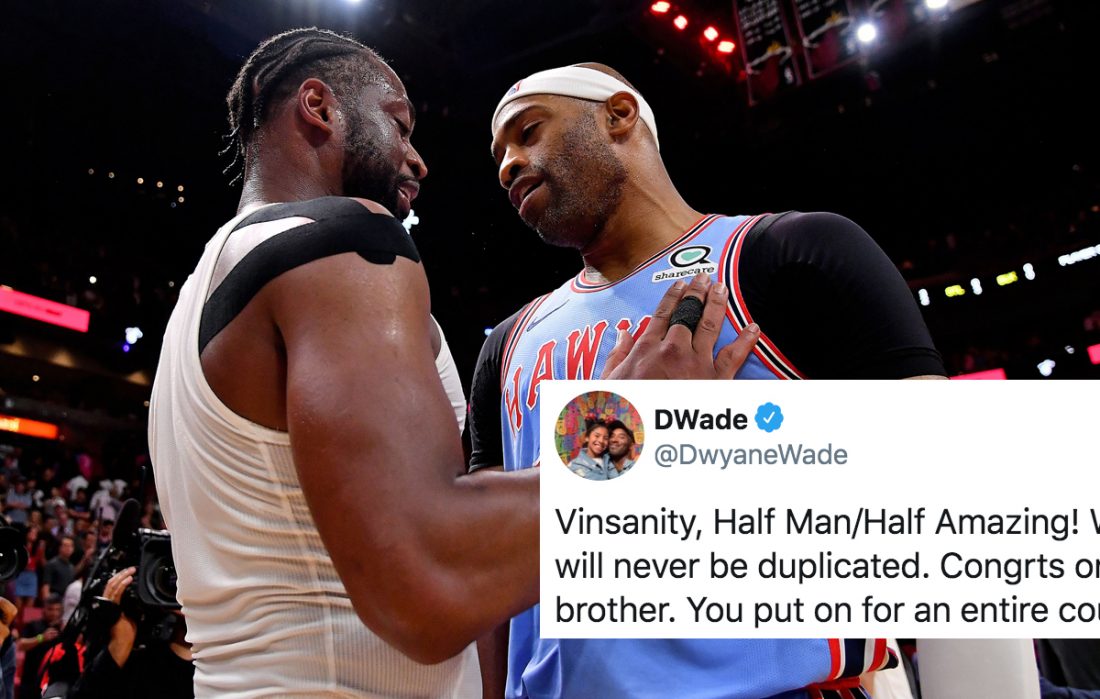 Vinsanity, Half Man/Half Amazing! What you did for the game will never be duplicated. Congrts on an HOF career my brother. You put on for an entire country and inspired many generations to come. Legend status! @mrvincecarter15

Carter, 43, officially announced his retirement from the NBA on Thursday.

The journeyman had one of the most fruitful careers in league history. After all, he played in the association for a whopping 22 years.

The eight-time All-Star had career averages of 16.7 points, 4.3 rebounds and 3.1 assists per game. Carter is No. 19 all time in scoring in the NBA history books.

The journeyman played for numerous teams, though he is most remembered for his prolific stints with the New Jersey Nets and Toronto Raptors.

In fact, as a member of the Nets, Carter battled Wade in the postseason in 2005 and 2006. The Heat won both playoff series easily, though.