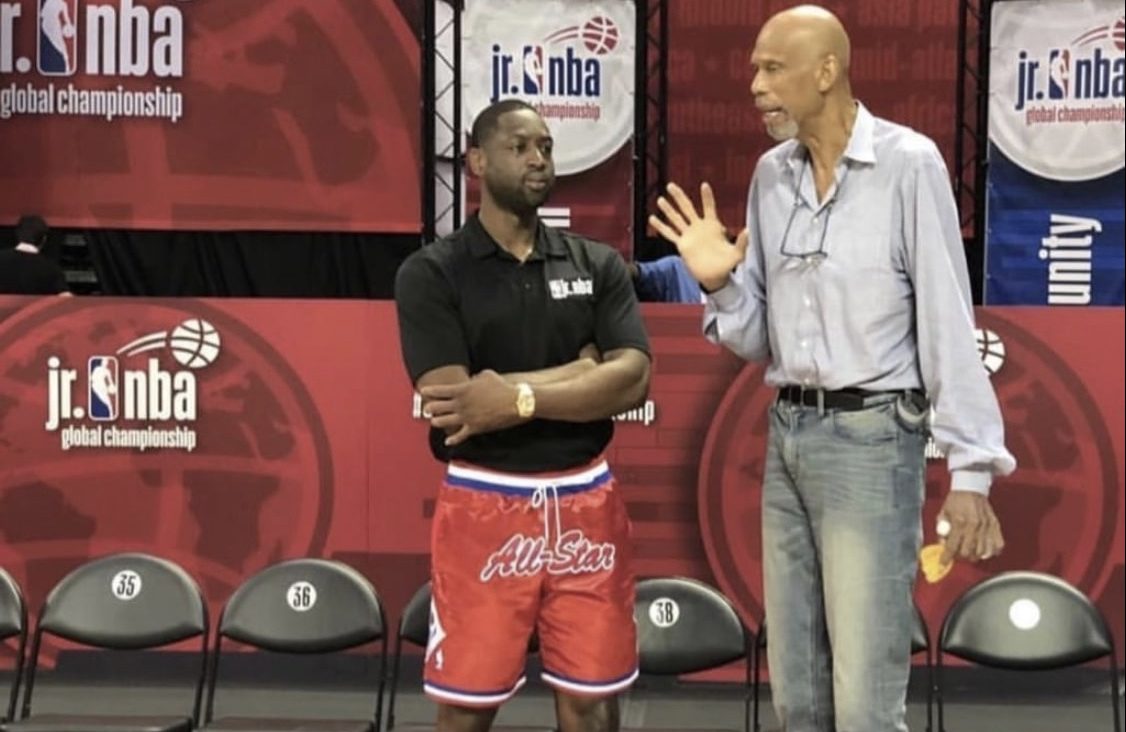 Retired Miami Heat guard Dwyane Wade and the NBA’s all-time leading scorer, Kareem Abdul-Jabbar, retired three decades apart as legends of the game. During the recent Jr. NBA Global Championship, the two iconic stars were in attendance and had the opportunity to chat with each other, with Wade in awe of the circumstances. 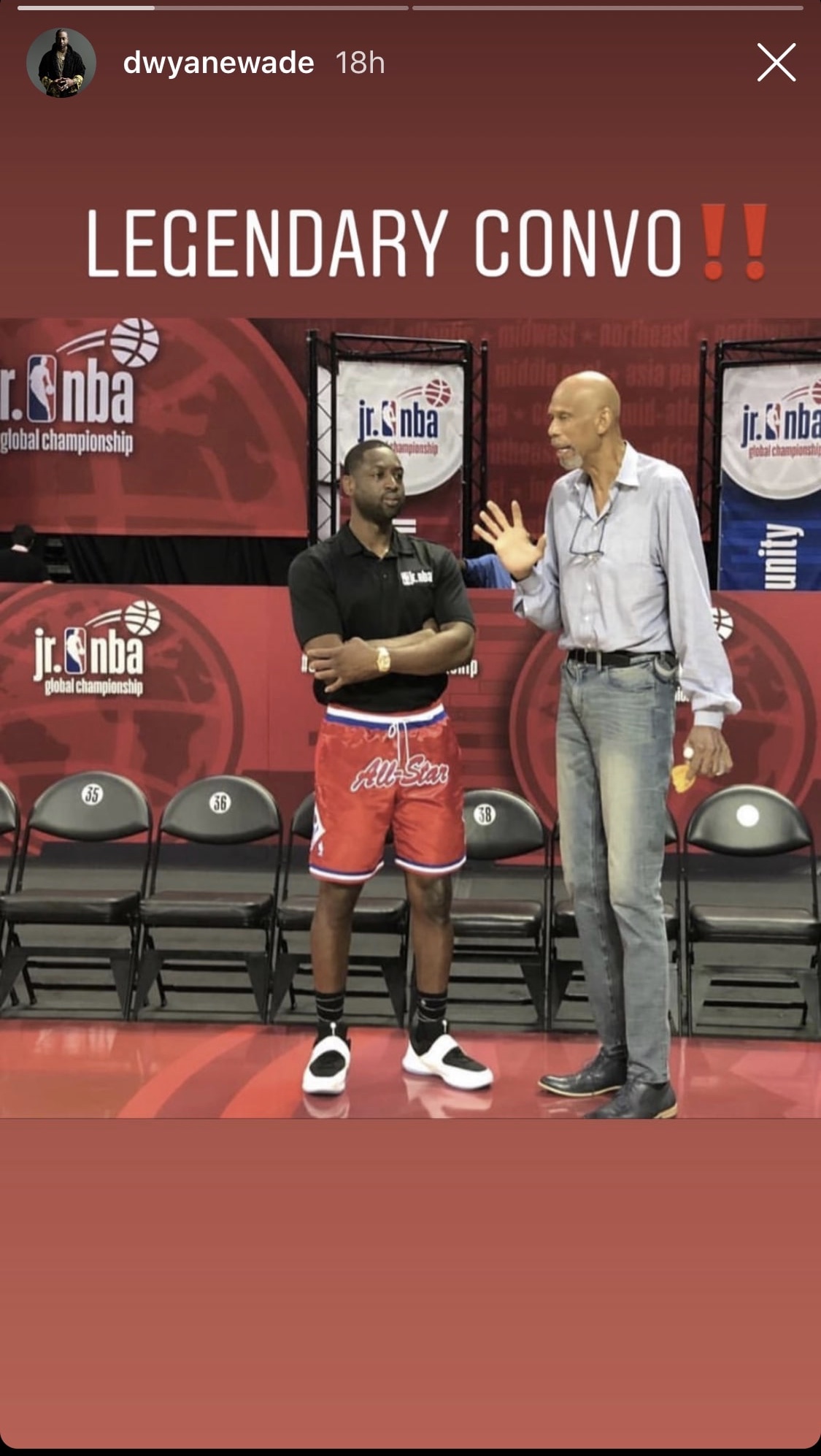 Exactly what was discussed between the two stars is unknown, but both were known for their basketball acumen on the court. Another connection between the pair was their ability to address important social issues that were in need of discussion.

Wade retired as one of the greatest players in Heat history and was part of all three Heat championships teams, winning the 2006 NBA Finals MVP award. Abdul-Jabbar managed to win titles with two franchises, beginning with the Milwaukee Bucks in 1971, followed by five more with the Los Angeles Lakers during the 1980s.

One thing about their conversation seems certain: They’re both winners with the drive to succeed both on and off the court.