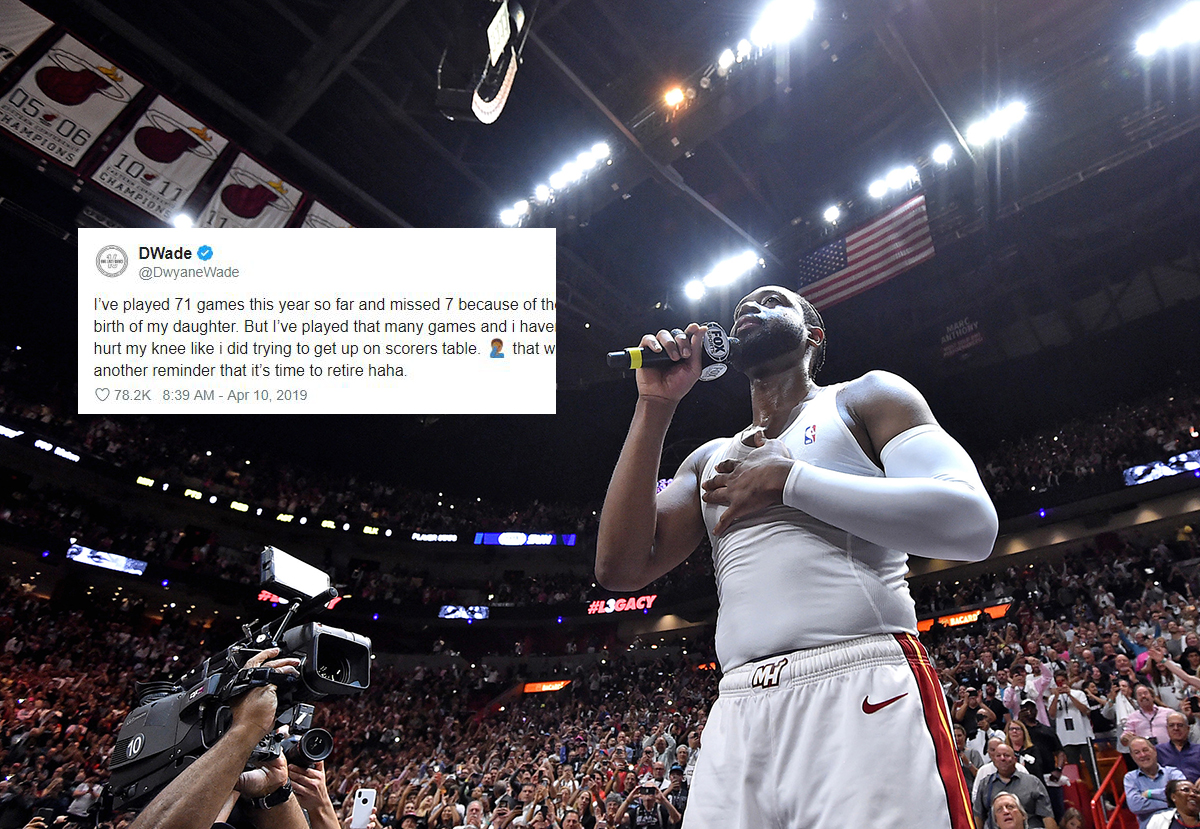 Although many people believe Miami Heat guard Dwyane Wade can play a few more seasons in the league, the veteran strongly believes it is time for him to call it quits.

The Heat legend hilariously pointed out how Tuesday’s failed jump onto a scorer’s table confirmed his plans to retire.

I’ve played 71 games this year so far and missed 7 because of the birth of my daughter. But I’ve played that many games and i haven’t hurt my knee like i did trying to get up on scorers table. ??‍♂️ that was another reminder that it’s time to retire haha.

Wade, 37, is at the tail end of his phenomenal NBA career. While the 16-year veteran endured a ton of wear and tear from multiple injuries over the years, he has had a great final season in the league.

Before Wade hilariously missed the scorer’s table on Tuesday, the franchise icon put on a show for Heat fans one last time at American Airlines Area. The Heat’s all-time leading scorer put up a game-high 30 points, three assists and three rebounds in 35 entertaining minutes against the Philadelphia 76ers.

Heat fans will have one last chance to see Wade play on Wednesday night against the Brooklyn Nets.
[xyz-ihs snippet=”HN-300×250-TextnImage”]