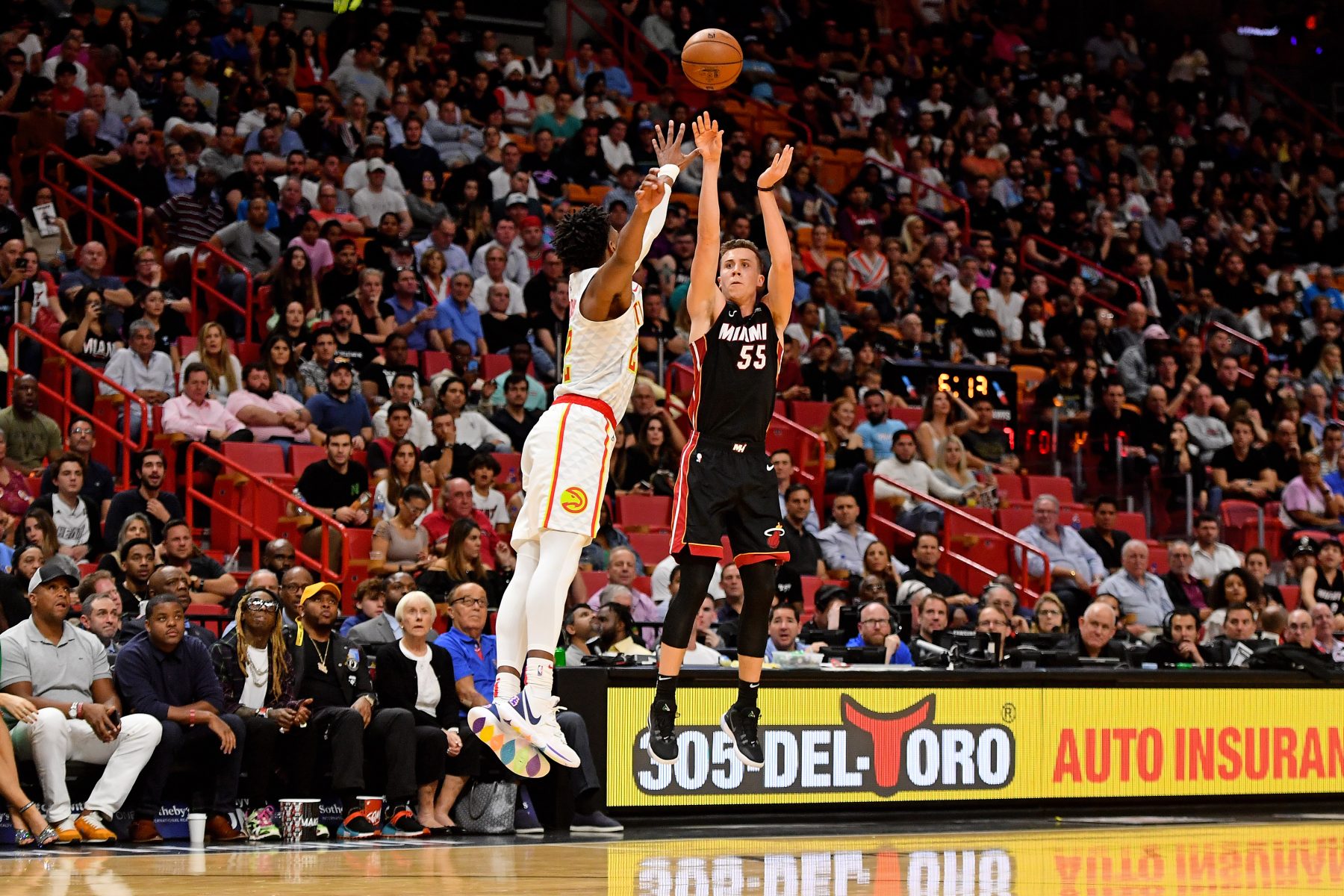 After the Miami Heat’s Duncan Robinson drained 10 3-pointers in Tuesday night’s 135-121 win over the Atlanta Hawks, Heat legend Dwyane Wade indicated that Robinson should expect an invitation to the annual Three-Point Contest during this season’s All-Star Weekend.

Robinson scored 34 points in his 43 minutes of action, connecting on 10-of-14 from beyond the arc and 12-of-16 overall from the field. The career-high effort surpassed his previous high for 3-pointers, when he knocked down nine during a 29-point performance at Cleveland last month.

Even with that output against the Hawks, Robinson was not the Heat’s high scorer on the night, with Kendrick Nunn tossing in 36. Bam Adebayo also was a part of the 30-point club by contributing a triple-double with 30 points, 11 rebounds and 11 assists.

After having gone undrafted last year, the 25-year-old Robinson signed a two-way contract with the Heat in July 2018 and spent most of last season in the G League. He did manage to play in 15 games for the Heat, averaging 3.3 points and 1.3 points per game and scoring 15 points in the season finale.

Taking major steps forward this season, Robinson has gotten the start in 19 of the Heat’s 24 games, including the last 17 games. Thanks to his scoring outburst, Robinson is now averaging 11.8 points per game and is collecting 3.0 rebounds per contest.

Robinson’s success is one reason why the Heat have had such a rousing start, improving their season record to 18-6 with the victory over the Hawks. However, they face a stiff challenge on Friday night, when they host the Los Angeles Lakers, who currently have a record of 21-3.