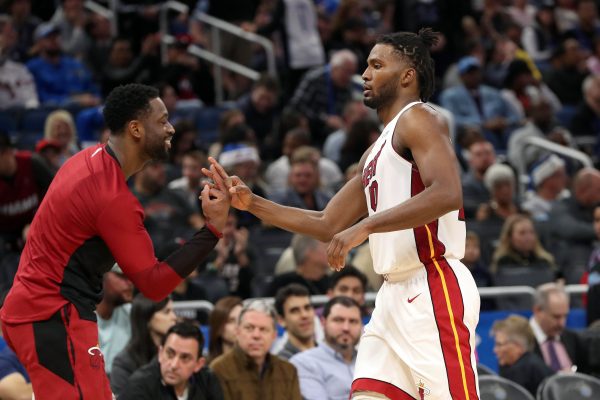 “He’s playing well, man. It’s not by mistake at all,” Heat guard Dwyane Wade said about Winslow. “He definitely put the work in. I think early in the season, he was a little frustrated because it didn’t come as quick as he wanted to. But we just kept staying on him. I stayed on him and he stayed on his work, and you can tell the game is now slowing down for him. Once the game slows down for you, it’s scary how good you can be. We’re all enjoying it.”

A huge reason for Winslow’s progression is due to his move to point guard. Head coach Erik Spoelstra needed someone to step up in Goran Dragic’s absence and Winslow has done that and more.

He’s playing with supreme confidence and is making all the right decisions in the pick-and-roll. In his last three games, Winslow is averaging 5.3 assists against just 1.7 turnovers per game. For a player without much experience as a full-time point guard, Winslow is exceeding expectations.

Furthermore, Winslow is averaging 22.3 points over his last three games. He’s becoming a dynamic scorer while still playing the role of facilitator. The game is slowing down for Winslow and his emergence is a huge reason why the Heat are one of the hottest teams in the NBA.
[xyz-ihs snippet=”HN-300×250-TextnImage”]