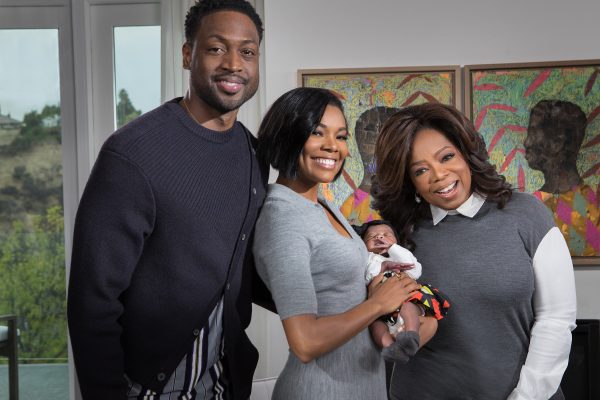 The joy felt by Miami Heat guard Dwyane Wade and his wife Gabrielle Union was marred somewhat by backlash over the way in which their daughter’s birth announcement was presented. That resulted in the couple explaining to Oprah Winfrey their reasons behind taking that approach.

Union emotionally explained to Winfrey that her past struggles with infertility were connected to the decision to use the photo:

? When I wake up in the mornin' love And the sunlight hurts my eyes And there's something without warning, love Bears heavy on my mind Then I look at you And the world's alright with me Just one look at you And I know its gonna be A lovely day A lovely day ? A LOVELY DAY ?????? We are sleepless and delirious but so excited to share that our miracle baby arrived last night via surrogate and 11/7 will forever be etched in our hearts as the most loveliest of all the lovely days. Welcome to the party sweet girl! #onelastdance #skintoskin @dwyanewade ❤?? ? by @awesomeedd

Last year, Union published a memoir that explored her struggle to have a child of her own, a period that included what she said were eight or nine miscarriages. Those issues were related to her being diagnosed with Adenomyosis, a type of endometriosis that only occurs in the uterus.

In September 2017, Union had described to PEOPLE how her relationship with Wade, which included their 2014 marriage, changed her mind about having children:

“I never wanted kids. Then I became a stepmom, and there was no place I’d rather be than with them.

“So then I thought, ‘Well maybe I might be good at this, and maybe this is something I want to explore.’ And I’m madly in love with this dude, so [having a baby] is something we could look into.”

The naming of Wade and Union’s daughter didn’t come immediately, but Wade explained on social media the origin of the unique name of Kaavia James Union Wade: