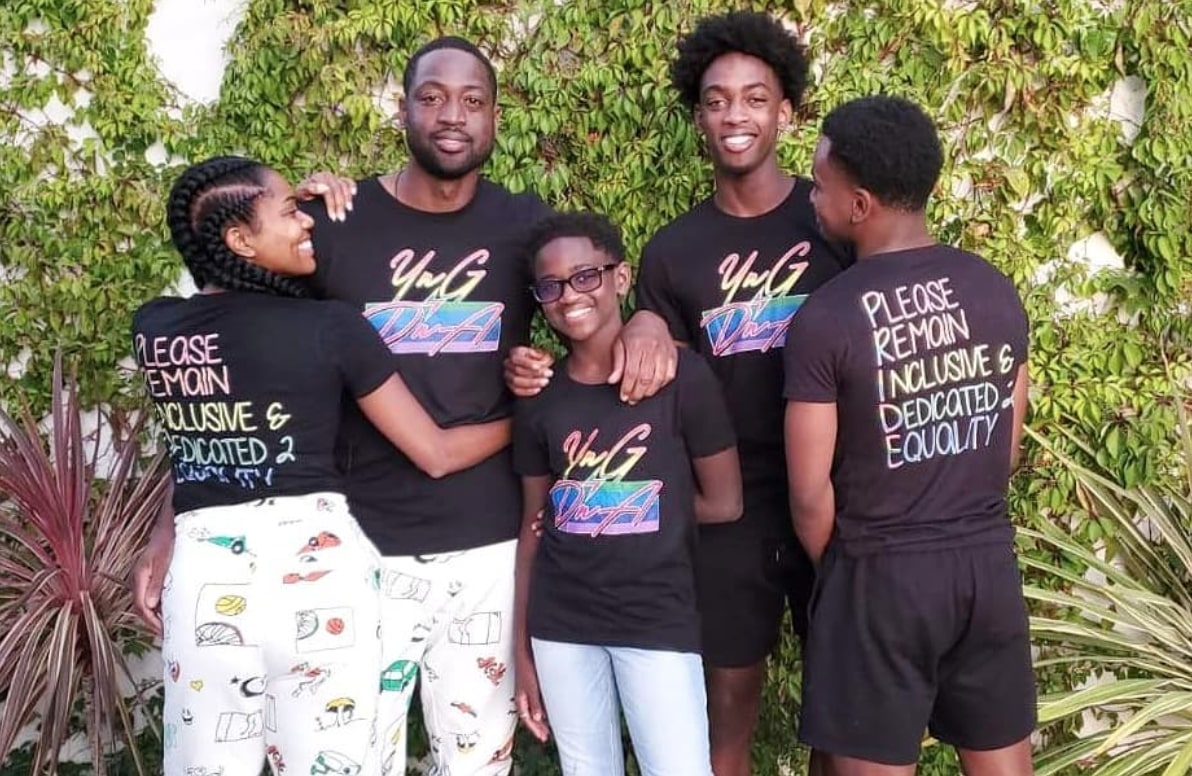 Miami Heat legend Dwyane Wade and his wife Gabrielle Union have been loud and proud about supporting their son Zion Wade, who came out as gay earlier this year.

Their support won’t stop there, either. Union and the elder Wade recently announced their limited edition T-shirt line on Instagram.

As a family, we believe inclusion and equality are two essential pillars needed to move towards growth and progressive thinking and action in our society. We have created a Limited Edition T shirt to help create a more inclusive space with our platform. The Wade family and @yngdna have decided to donate $50k and 50% of the proceeds of sales of the Pride shirts to The GLSEN organization whose mission strives to ensure safe schools for all students, regardless of sexual orientation as well as gender identity. For 25 years GLSEN has been the leading national organization focused on ensuring safe and affirming schools for LGBTQ+ students #StopKillingBlackTransWomen #StopKillingTransWomen #TransWomenAreWomen #SupportingEachOtherWithPride PS @kaaviajames has a very cool @yngdna Pride piece coming soon ??????

GLSEN is an organization that is dedicated to ending discrimination, harassment and bullying based on sexual orientation and gender identity among children.

It’s certainly telling how far the two parents are willing to go to not only show support for their son, but for his diverse community.

This isn’t the first time the three-time NBA champ has become active in showing support for America’s youth.

Now, it looks like he is finding other ways to try to keep children across the country safer in school.

While it will be hard not to get to watch the elder Wade take the court for the Heat this NBA season, it is heartening to know that he is making the very best use of all of his free time.