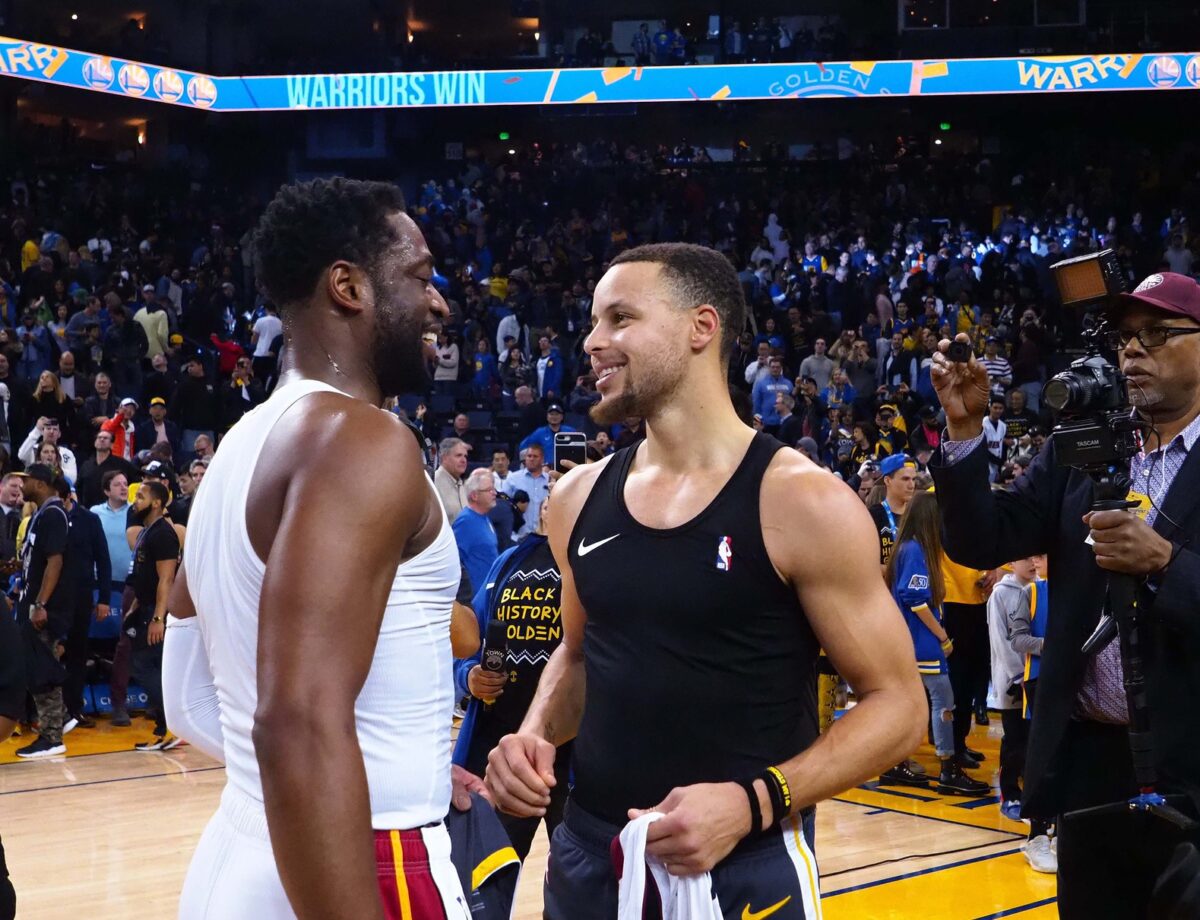 Miami Heat legend Dwyane Wade shared why Golden State Warriors Star Stephen Curry is so hard to guard and believes that players should “fear” him.

"Fear. You have a little fear not knowing what he's gonna do…He has an amazing handle. When a guy can shoot from anywhere on the floor, when he shoots going left and he shoots going right…He's just impossible to guard."

A two-time MVP, Curry is having yet another MVP-caliber season this year.

Curry has been absolutely on fire in April and is averaging 37.3 points per game while shooting 47.6 percent from 3 in 14 games this month.

The Warriors are just the No. 10 seed in the Western Conference, but they’d likely be out of the playoff picture if it weren’t for Curry’s heroics on a nightly basis.

As Curry tries to get the Warriors back to the playoffs, Wade clearly sees how dominant the three-time champion can be every time he has the ball.