Dwyane Wade Explains Why He Accepted Bench Role This Season 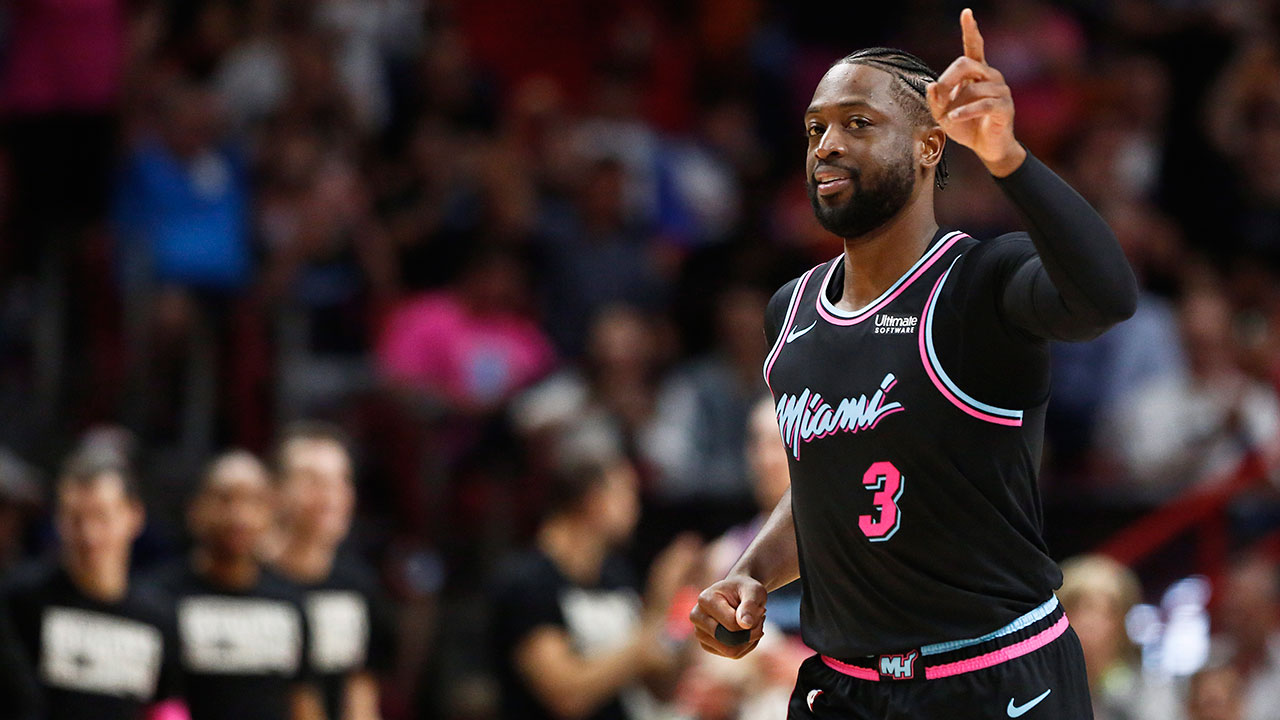 Veteran guard Dwyane Wade has made a total of 845 regular season starts in a Miami Heat uniform, yet he hasn’t been in that role since he came back to the team in a February 2018 trade.

Wade says that decision was actually something that he decided on, rather than Heat coach Erik Spoelstra making the call.

Wade spoke about the reasons behind him becoming the Heat’s sixth man:

“I actually did it myself. I was like, ‘I’m going to come off the bench because I want to make this work.’ This is when I was in the other place [Cleveland]. And then obviously coming back here, coming to this team that already had things going, I was comfortable already in my role.

“But for me, it was just trying to figure out, ‘How can I be successful? How can my team be successful?’ What I needed to do. I really didn’t need to reach out to somebody to find that out. I needed to look within, and that’s what I’ve tried to do.”

The 37-year-old Wade was acquired from the Cleveland Cavaliers 13 months ago, having started just three of the 46 games he played during his four months with the team. Prior to that drastic change, he had only come off the bench in a handful of regular season games over the course of his first 14 years in the NBA.

The change is working well for Wade, who enters Wednesday night’s game against Detroit with the following averages: 14.2 points on 43.8 percent shooting, 3.7 rebounds and 4.3 assists in 25.6 minutes. The scoring average places him 10th among reserves who have played in 30 or more games, while the assist total puts him at fourth in that respective category.

Wade remains active during his time on the court. His 26.1 percent usage rate is at the top among Heat players. Meanwhile, in the 10 games since the All-Star break, he leads the team in shot attempts per game (14.1), and is second in that category (12.6) over the entire season.

Even though his time on the court will soon end, Wade knows the value his leadership brings to teammates:

“Each night is different. But I understand what this team needs from me no matter if I’m 37 or in my 16th year, this team needs for me to lead, they need for me to make plays in the fourth, they need for me to be a leader and a voice. And that’s what I do. … They can count on me knowing that, ‘Listen, we know when the game matters, we have somebody out there that we can trust that’s going to get something for us.’”

Wade and the Heat have just 16 games left in the regular season, with the veteran hoping to extend his career into the playoffs one more time. The Heat currently have a 31-35 record this year and end the regular season on Apr. 10 in Brooklyn.
[xyz-ihs snippet=”HN-300×250-TextnImage”]