Dwyane Wade Explains Why Miami Heat Have Been Struggling on Offense 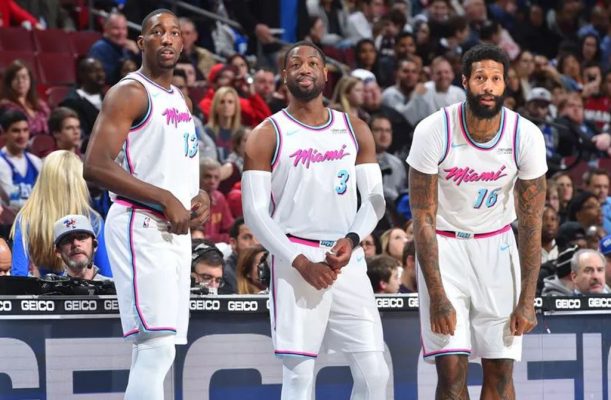 The Miami Heat’s offensive struggles serve as one of the chief reasons why they’ve started the 2018-19 season with a 6-11 record.

After the Heat dropped a 104-92 decision to the Brooklyn Nets on Tuesday, veteran guard Dwyane Wade offered his thoughts on why this is taking place.

“You can definitely see guys aren’t play just free with their game, they’re overthinking at times and in this game you don’t want to,” Wade said. “You just want to play, so it’s just trying to get comfortable with where the NBA is. It’s 3-pointers, and it’s floaters and layups. And everyone knows that, so everyone plays that, as well. Some guys are great at it and we’ve got guys on this team that’s trying to figure out how to be better.”

The current state of the game that Wade spoke of, which largely emphasizes 3-pointers, has come into conflict with the Heat’s emphasis on defense. Wade stopped short of criticizing the current makeup of the roster, saying that patience is important:

“I don’t know, I think coach [Erik Spoelstra] came in with an idea of how he wants to play and it’s going to come soon. There’s going to be some bumps with that with guys having to play a little bit out of their comfort zone and do things a little different than they have done, so you don’t want to say, Oh, we’re going to accept losing, but you’re also going to understand that with that is going to come some trials and tribulations.”

The Heat currently rank third to last in the area of field-goal percentage and are also struggling at the free-throw line. The latter issue has been especially frustrating, given that they currently rank sixth among NBA teams in attempts from the line.

One area where the Heat are doing fine is from long-range, ranking 10th in the league, but that hasn’t translated into success this season. David Wilson of the Miami Herald offered these stark numbers of the value of a more potent offense:

“Teams held to 95 or fewer points this season are just 5-57. Miami has now failed to crack 95 in two of its last three games.”

The Heat’s offensive woes were clearly evident in the fourth quarter of their loss to the Nets. Taking a three-point lead into the period, they were outscored 30-15 to drop their third game in a row and sixth of their last seven.

The next chance for the Heat to improve on their offensive production will be on Friday night. That’s when they begin a two-game road trip in Chicago against the Bulls before then facing the Raptors in Toronto on Sunday night.
[xyz-ihs snippet=”HN-300×250-TextnImage”]