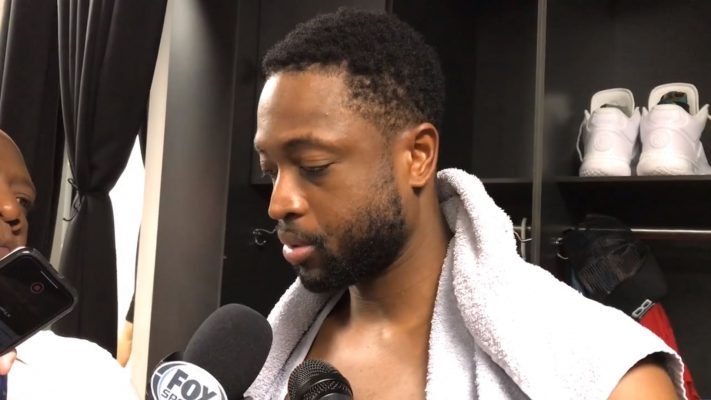 The Miami Heat fell to 3-4 on the young season on Tuesday night as they dropped a road contest to the Charlotte Hornets, 125-113, at Spectrum Center.

Heat superstar Dwyane Wade finished the night with a team-high 19 points on 6-of-10 shooting from the field in just 24 minutes of action. After the game he spoke of what the Heat need to work on the most.

“We’ve played better when we’ve been down. We’ve played aggressive. We’ve played the kind of style of defense we wanna play when we get down. We haven’t done it consistently, and that’s the biggest thing is trying to find that consistency.”

So far this season, the Heat have yet to hold a team to under 100 points and are currently the 14th ranked team in the NBA in defensive rating at 107.6. However, with the multitude of defensive stalwarts on the roster, there’s no reason for the team to not be in the top 10.

The Heat will get an extended break before they get another crack at it on Nov. 3 at State Farm Arena against the Atlanta Hawks. Tipoff for that game is set for 7:30 pm ET.
[xyz-ihs snippet=”HN-300×250-TextnImage”]