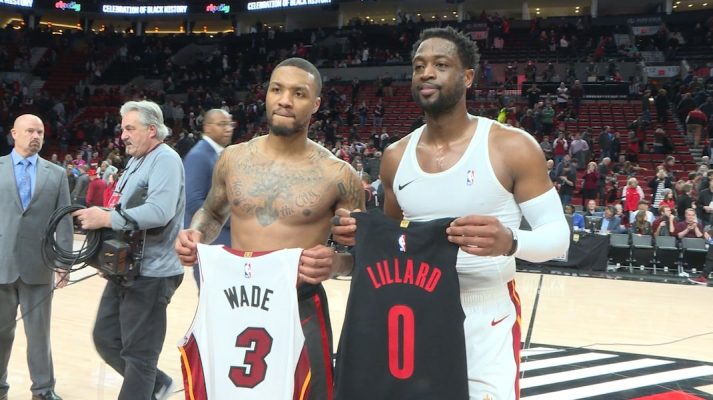 The rap beef began when Lillard proclaimed in a September episode of the Joe Budden Podcast that he was a better rapper than O’Neal. The big man is not one to shrink from any challenge, though.

In response to Lillard’s quip, O’Neal released a diss track on his Instagram account. The four-minute song took shots at Lillard’s aspiring rap career and status among the NBA’s elite.

Lillard then countered by releasing a three-minute track titled, “Reign Reign Go Away.” In the song, he threw shade at both O’Neal’s entertainment and basketball career. Lillard retorted that O’Neal was only able to win three NBA championships with the Los Angeles Lakers because of Kobe Bryant, and was carried to his fourth NBA title by Wade.

In an interview by TMZ Sports, the recently retired guard fondly called “Flash” was asked about this specific lyric in Lillard’s song: “even in Miami, won that [2006 NBA Championship] on the strength of Flash.”

Wade disagreed with that claim, saying without O’Neal, the Heat would not have edged the Dallas Mavericks for the title.

“No, not at that time,” Wade replied. “No. I was young in the league, trying to figure it out. So, I needed somebody like Shaq to help me, you know, give me the keys and let me drive the car. So, I appreciate him for doing that.”

Wade put up historic numbers in the 2006 NBA Finals, averaging 34.7 points, 7.8 rebounds, 3.8 assists and 2.7 steals per game. And O’Neal, while not his dominant former self, was still an All-Star player then. He averaged 13.7 points per game in the series, 6.3 points lower than his season average, but still grabbed 10.2 rebounds per game.

Although the Heat needed every bit of Wade’s heroic performance in that series, Miami was able to win its first NBA championship thanks to the effort of the entire team, including O’Neal.