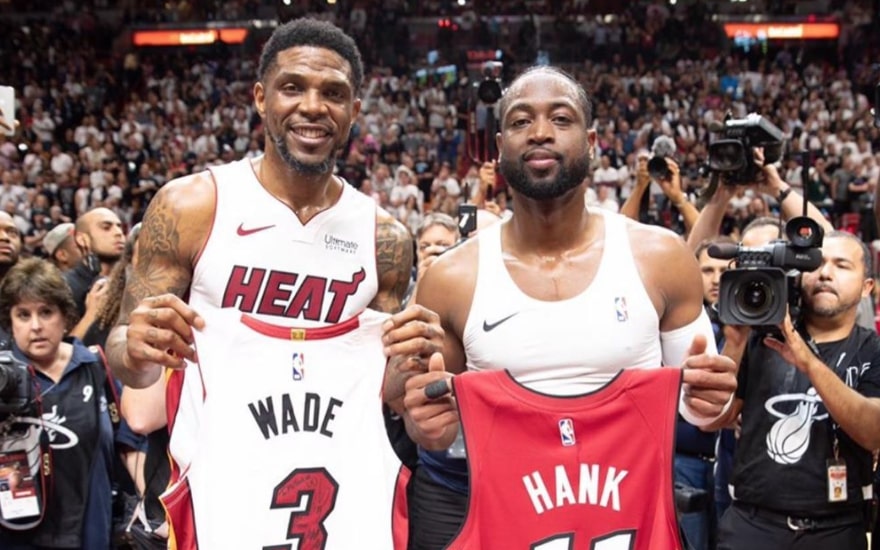 40 turns 40! Today is A real ones birthday! Happy Birthday to my brother from another @ud40 You continue to defy the odds of life, you continue to be the most selfless person in the room, you continue to lead when it’s uncomfortable. The world has been blessed to be apart of your journey thru life for the last 40 years. Enjoy your day. I love you bro! #UDOG

Haslem, who turned 40 on Tuesday, is the Heat’s all-time leading rebounder.

Although he doesn’t have the same accolades and stardom status as Wade, he is one of the most beloved members of the Heat organization.

Unlike conventional franchise icons, Haslem depicts his value in variety of other vital ways.

The University of Florida product had the opportunity to go to other teams for more money throughout his career. However, he has decided to stick with the Heat for the long haul.

The bellicose big man always stands up for teammates and makes sure no one defames the organization.

In addition, he is an outstanding veteran. The 17-year pro serves as a voice of encouragement to the Heat’s youth base.