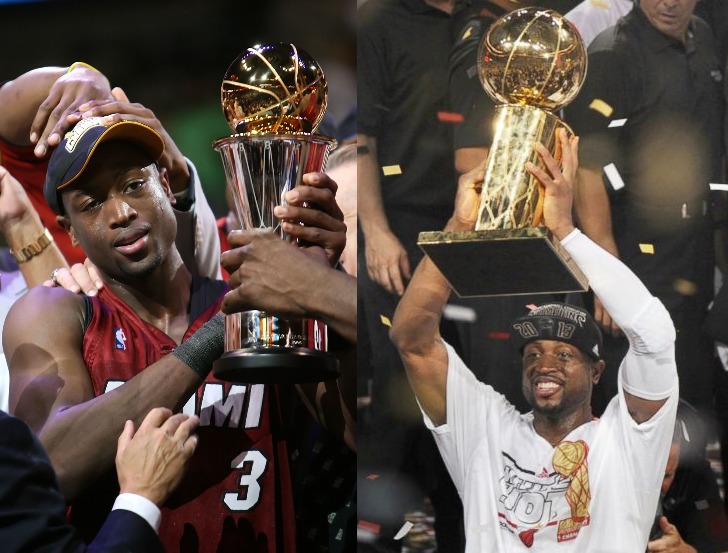 On Saturday, retired Miami Heat legend Dwyane Wade announced that he would be making the date of June 20 a personal holiday to celebrate two of the titles he won during his NBA career.

June 20th has been good to me. Two of the three championships we won as a @MiamiHEAT franchise were won on this date!!!! I’m gonna start making Juneteenth and Junetwentieth personal holidays!

Wade also referenced the African-American holiday of Juneteenth in his tweet, a date that’s gained greater prominence this year in the wake of the racial strife that’s taken place across the United States.

While Juneteenth is meant to celebrate the end of slavery in the United States, Wade’s newly created “Junetwentieth” holiday is more whimsical and personal in nature.

In 2006, the Heat dropped the first two games of the finals to the Dallas Mavericks before roaring back to win four games in a row to clinch the title.

Wade was the central component of that comeback, averaging 39.3 points, 8.3 rebounds, 3.5 assists and 2.5 steals in the final four games. He also blocked three shots in the Game 6 clincher and was rewarded for his efforts by being named NBA Finals MVP.

Seven years later, Wade was still a key aspect of the Heat’s lineup, though it took an iconic 3-pointer by Ray Allen for the Heat to collect the title that year.

In the 2013 NBA Finals, the Heat trailed the San Antonio Spurs, 3-2, in the series and were trailing Game 6 with just seconds left.

Allen connected on his shot with just over five seconds left in regulation to send the game into overtime. The Heat managed to pull away in the extra period to force a pivotal Game 7.

Two nights later, June 20 became part of Heat history again, with Wade contributing a double-double of 23 points and 10 rebounds in the 95-88 Heat win.

While Wade only retired from the NBA last year, it seems clear that the memories of his time on the court and his importance to the Heat will remain strong in the decades ahead.