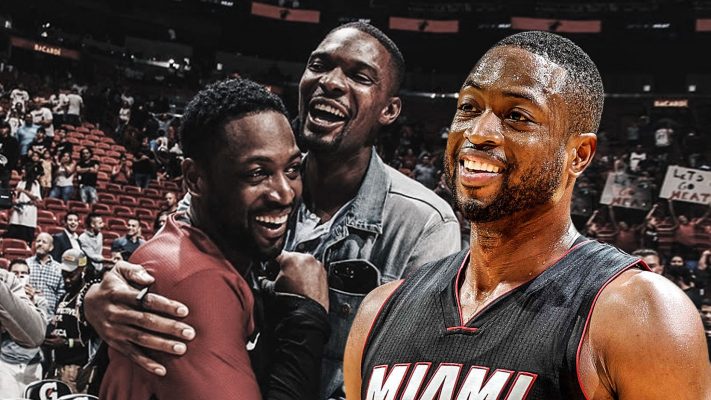 Among the crowd at American Airlines Arena that watched the Miami Heat defeat the New York Knicks on Wednesday night was former Heat forward Chris Bosh. After the game, Heat guard Dwyane Wade took to social media to acknowledge his brief reunion with Bosh and offer a nostalgic remembrance of the duo’s six seasons as teammates. 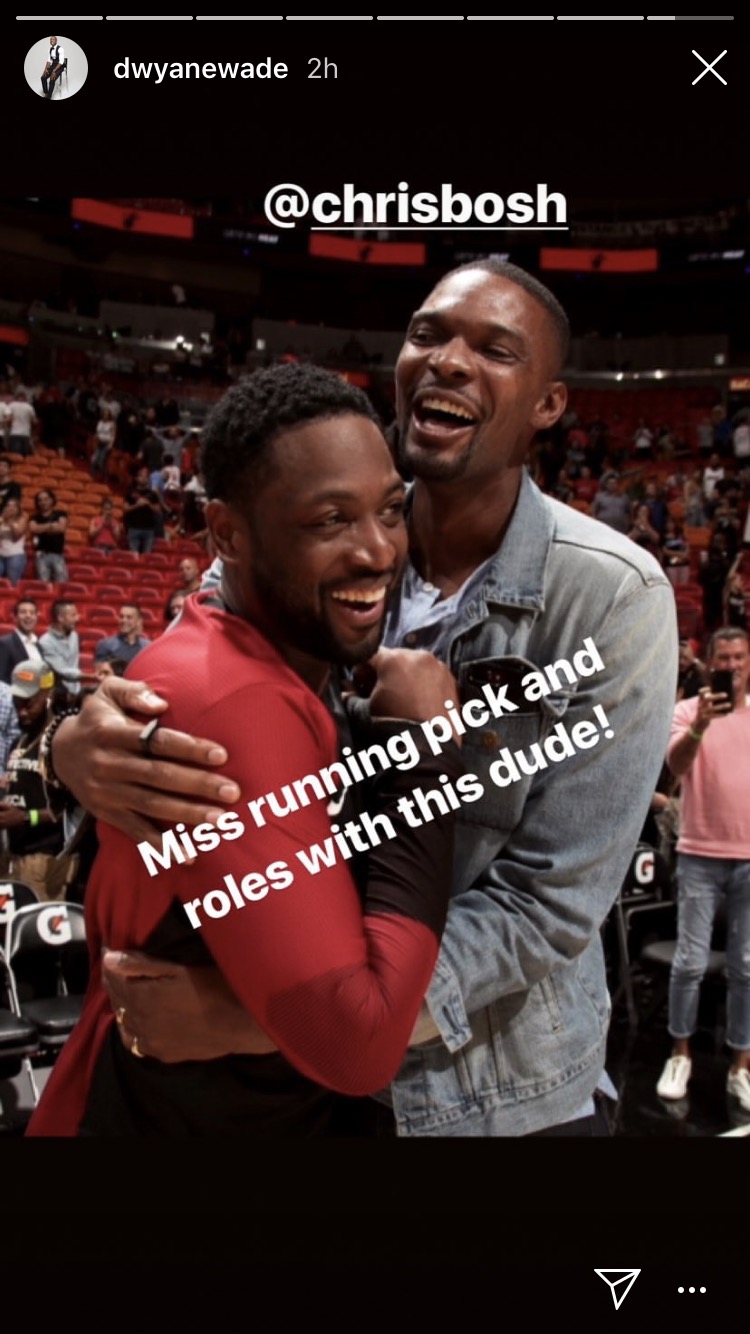 The 34-year-old Bosh joined the Heat as a free agent in 2010 along with LeBron James, forming a core of players that helped lead the franchise to four consecutive appearances in the NBA Finals. In both 2012 and 2013, the Heat captured league titles, but since James left to rejoin the Cleveland Cavaliers in 2014, the team has only once reached the Eastern Conference semifinals.

During that first season following James’ departure, Bosh was forced to deal with a life-threatening blood clot that abruptly ended his 2014-15 campaign. The following year, he was again shut down at midseason because of the recurring issue, with the Heat and Bosh eventually working out an agreement to pay off the remainder of his contract.

While he has yet to officially retire, the likelihood of him taking the court again is remote, given the health concerns involved.

Wade, who announced that he would be retiring at the end of this season, ended up leaving in free agency after the 2015-16 season, but was dealt back to the Heat last February. In his four games thus far, the future Hall of Famer has been an option off the bench, averaging 11.5 points, 6.0 rebounds and 3.3 assists.

It’s likely that Bosh will be seen again at American Airlines Arena before the season ends and figures to be very prominent when the Heat hold a retirement ceremony for Wade at the end of the regular season.
[xyz-ihs snippet=”HN-300×250-TextnImage”]