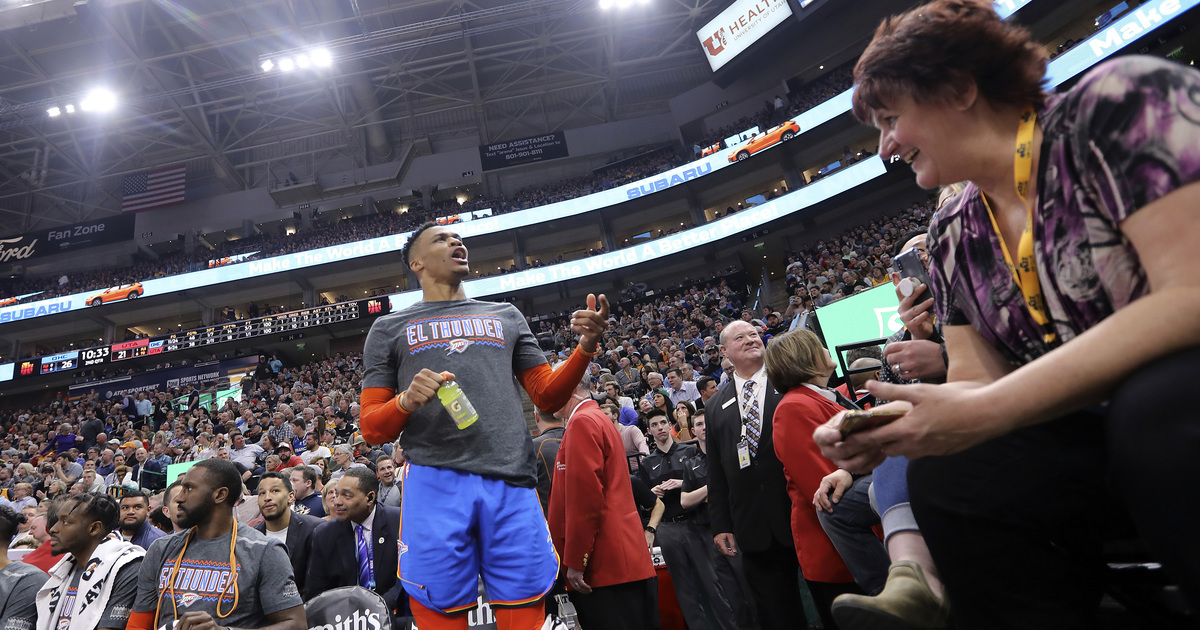 Miami Heat guard Dwyane Wade was one of many people who watched the Oklahoma City Thunder-Utah Jazz game on Monday night.

The contest was marred by an ugly incident between Thunder guard Russell Westbrook and a Jazz fan, with Wade later expressing his blunt thoughts about the fan on social media.

The incident took place during the second quarter of the Thunder’s 98-89 victory, with Westbrook sitting on his team’s bench. Westbrook claimed that the fan, Shane Keisel, yelled inappropriate racial comments at him, which Keisel disputed. Westbrook’s response was captured on video and quickly went viral:

Things get heated between Russell Westbrook and Utah Jazz fans again. “I’ll f*ck you up. You and your wife,” he says. Not sure what these fans said to him, but he also had issues with Jazz fans during the postseason. pic.twitter.com/LquwRmLVNy

After the game, Westbrook remained defiant about his comments:

“And if I had to do it again, I would say the same exact thing, because I truly will stand up for myself, for my family, for my kids, for my wife, for my mom, for my dad every single time. I expect anybody else to do the same. So that’s kind of where I’m at with the whole situation. As for beating up his wife, I have never put my hand on a woman; I never will. Never been in any domestic violence before. Never have before, but once he said the comment, his wife repeated the same thing to me as well. So that’s kind of how that started. I know you guys only got the tail end of the video, but the start of the video is way more important and way more disrespectful than what you guys heard.”

Over the course of Wade’s 16 seasons in the NBA, he’s heard his share of taunts from opposing fans. However, throughout his final season, the future Hall of Famer has basked in the glow of adulation from fans across the NBA. Those accolades have also been offered by opposing teams, with many having offered video tributes to the Heat legend.

Wade and the Heat return to action on Wednesday night when they host the Detroit Pistons at American Airlines Arena.
[xyz-ihs snippet=”HN-300×250-TextnImage”]