Dwyane Wade Has Request for Draymond Green After His Converse Signing 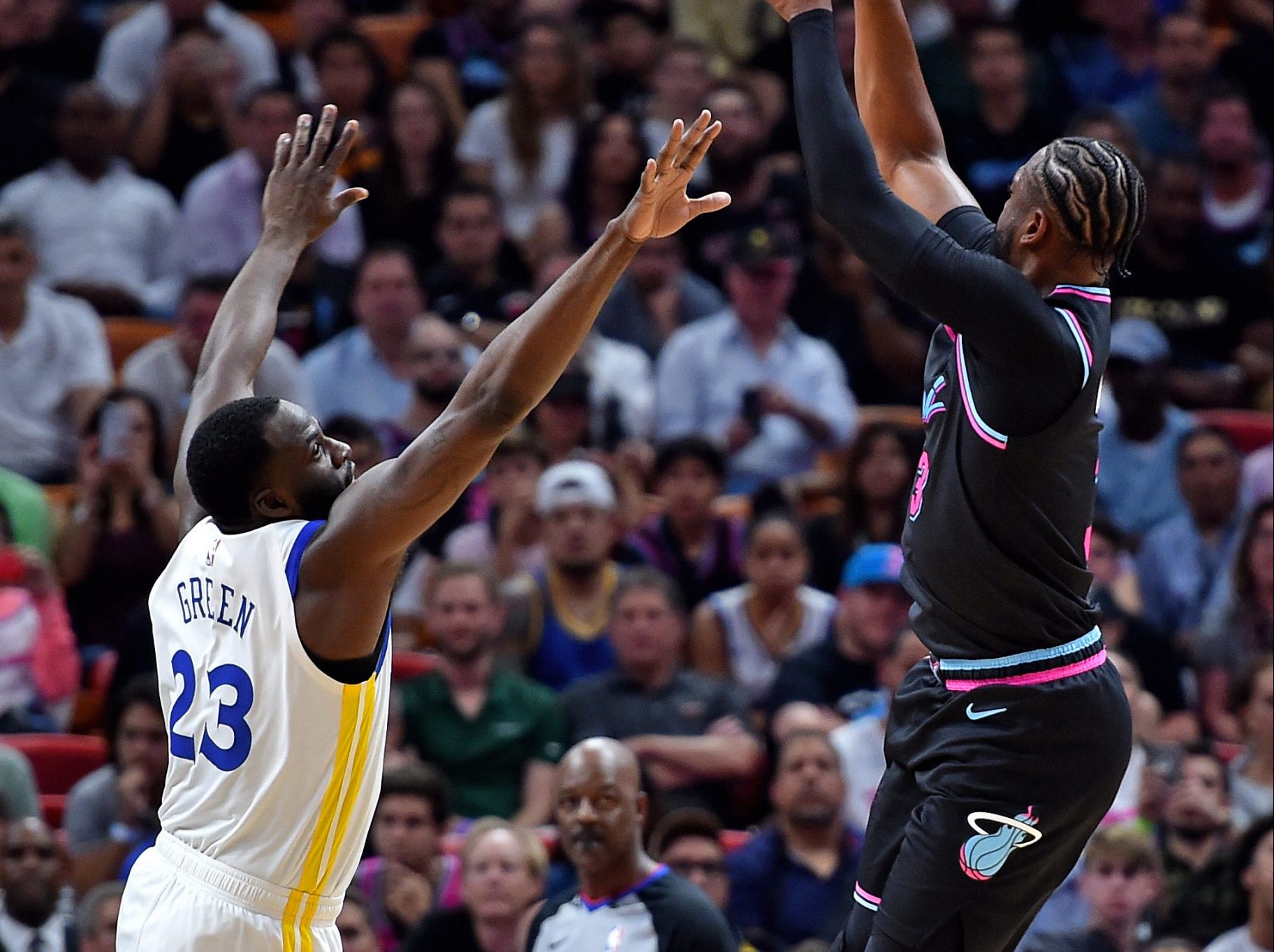 Golden State Warriors star Draymond Green is signing a shoe deal with Converse, sources tell ESPN. He will become the brand’s highest profile athlete since Dwyane Wade. Green had been with Nike.

Shortly after the news broke, former Miami Heat star Dwyane Wade commented on the news and encouraged Green to wear one of the Heat legend’s own signature Converse sneakers.

Now that Dray’s with Converse, he’s gotta bring the retros back ? @brkicks

At the onset of  his NBA career, Wade signed a deal with Converse and helped bring the brand into the modern basketball era.

It wasn’t until 2009 that Wade exited his contract with Converse to sign with Air Jordan.

Now, Green has the opportunity to bring the Converse brand back into basketball relevance.

While his Warriors are limping through the 2019-20 campaign, they are sure to return to being one of the NBA’s elite teams when Stephen Curry and Klay Thompson return from injury.

In the coming games, it will be interesting to see if Green does in fact decide to dust off some retro Wades and bring back the Heat icon’s former signature sneakers.