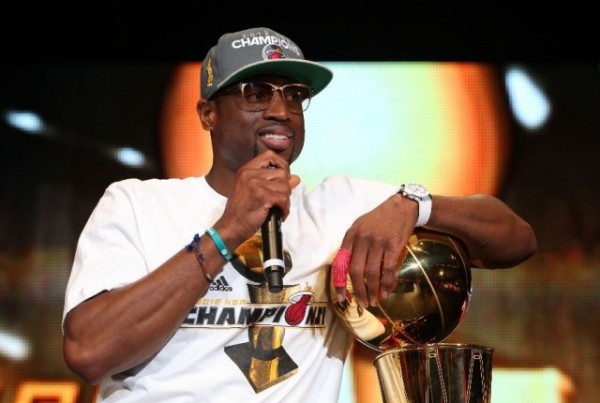 It’s no secret that Dwyane Wade has become a successful businessman off of the court.

While many are aware of the Miami Heat star’s legacy on the court, the 33-year-old deserves just as much credit for his business ventures off the court. Over the past year alone, Wade has earned $12 million in endorsements due to partnerships with Gatorade, Hublot, Mission, Li-Ning sneakers and more.

Just don’t expect the veteran shooting guard to stop there. According to an interview with Bloomberg’s Stephanie Ruhle, Wade also has the desire to become an NBA owner after his playing career is finished:

“I want to be a renaissance man. I want to do it all. At this point, if I’m not owning it, I don’t want to be a part of it. I’ve made it very clear that when it comes to the game of basketball, one day—don’t know when that day is—I would love to have that ownership for sure.”

Wade has earned more than $136 million from his player contracts to date. There are several former players who have dabbled in NBA ownership including the likes of Magic Johnson, Jerry West and Shaquille O’Neal.

However, the only former player to have majority ownership in an NBA franchise is none other than Michael Jordan, who has held majority rights in the Charlotte Hornets franchise since 2010.

Having said that, if there’s any current player capable of becoming an owner of a team he’s played on during his career, it would be none other than Wade. The Heat have shown tremendous loyalty to their past players by giving them jobs within the organization, such as Alonzo Mourning and Tim Hardaway in past years.

Down the road, it would come as no surprise if Micky Arison were to sell a share of the team’s stake to the greatest player in franchise history.
[xyz-ihs snippet=”Responsive-Ad”]