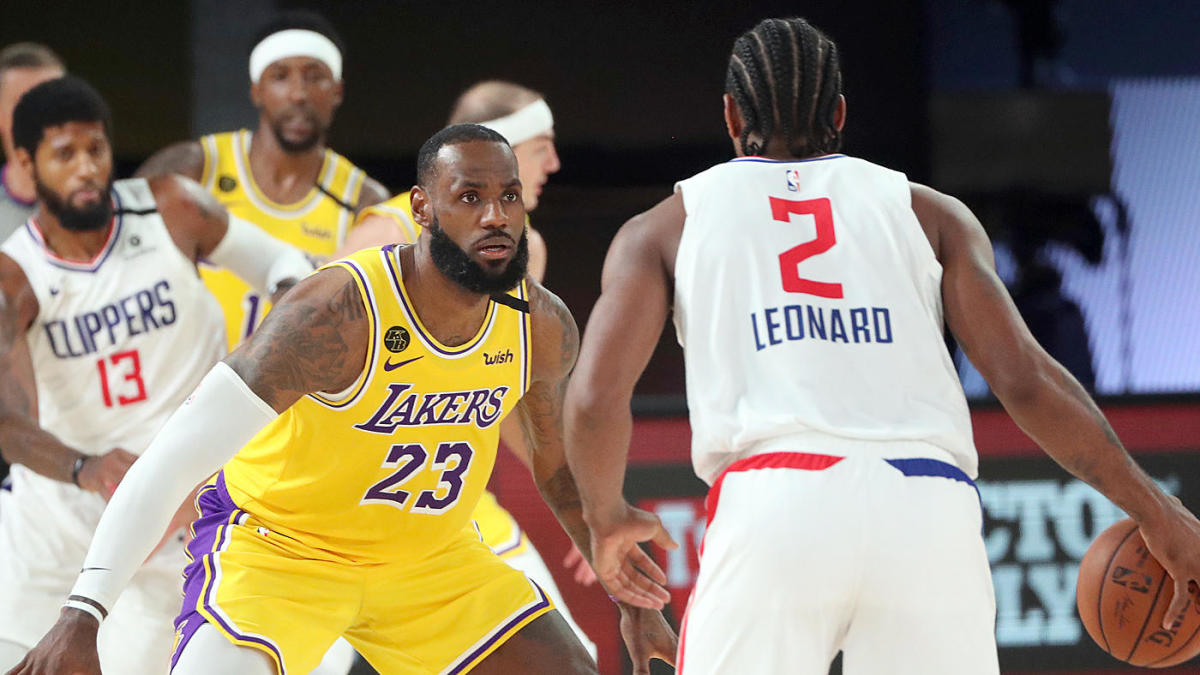 LeBron James led the way by making the game-winning shot with 12.8 seconds remaining in the fourth quarter, then stopping both Kawhi Leonard and Paul George on the final possession of the contest.

@KingJames brought out that 2011 fourth quarter defensive last night. I know my guy needed an ice bucket after all that literal movement 😆

Not too long ago, James was considered one of pro basketball’s premier defensive players. Starting with the 2008-09 season, he was named to an All-Defensive team six years in a row.

Last season, his first in L.A., James was criticized for his lack of defense, but this season he has improved his effort and production greatly at that end of the floor.

It has helped the Lakers jump from 12th in defensive rating in 2019 to third this season.

It certainly hasn’t hurt James that he now has Anthony Davis, perhaps the leading candidate for Defensive Player of the Year, by his side.