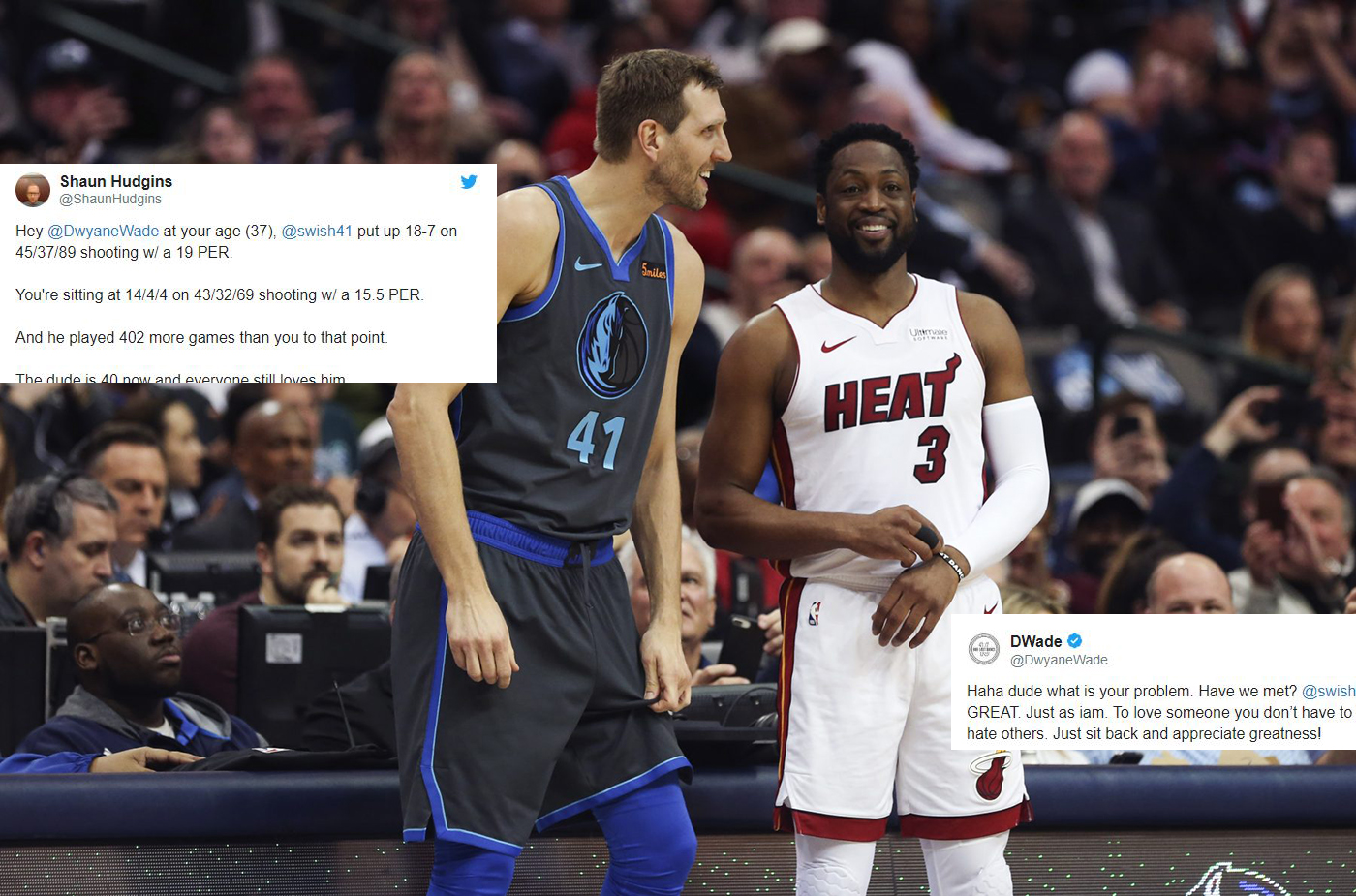 After a Dallas Mavericks fans attacked Wade with comparisons to legend Dirk Nowitzki on Twitter, the Heat star put the troll in his place.

And he played 402 more games than you to that point.

The dude is 40 now and everyone still loves him.

Sit down. Be humble. pic.twitter.com/e19nUL1Is8

Haha dude what is your problem. Have we met? @swish41 is GREAT. Just as iam. To love someone you don’t have to try and hate others. Just sit back and appreciate greatness! https://t.co/yFO8eX9yre

Wade, 37, is at the tail end of his last season in the league. Although the guard is hanging it up soon, he has been putting on a show during his retirement tour. The All-Star is recording 14.5 points, 4.1 assists and 3.9 rebounds in 25.8 minutes per game off the bench this season.

While it’s not official, Nowitizki is expected to call it quits after this season as well. The big man is averaging a career-low 6.6 points and 2.7 rebounds per game this year.

The two champions have had their careers stacked up against each other for quite some time. While both legends have amazing resumes, Wade just wants fans to appreciate the players’ games and greatness. After all, there are only a handful of games left in the season.

The Heat take on the Minnesota Timberwolves on Friday.
[xyz-ihs snippet=”HN-300×250-TextnImage”]