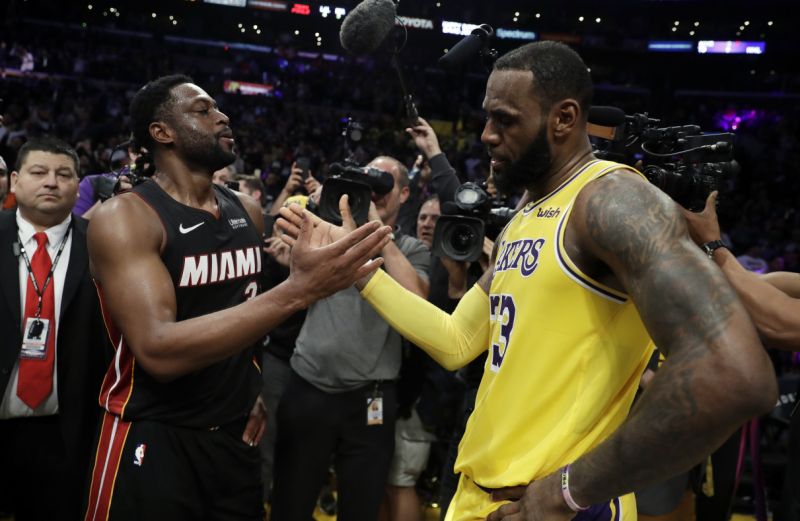 When LeBron James takes to the court for Game 5 of the 2020 NBA Finals, he will be tying the record for most playoff games played by a player in the history of the league.

This is just one of the incredible playoff stats James has amassed over his 17-year basketball career. ESPN recently posted a series of impressive stats and Miami Heat legend Dwyane Wade couldn’t help but be in awe of James’ postseason accomplishments. 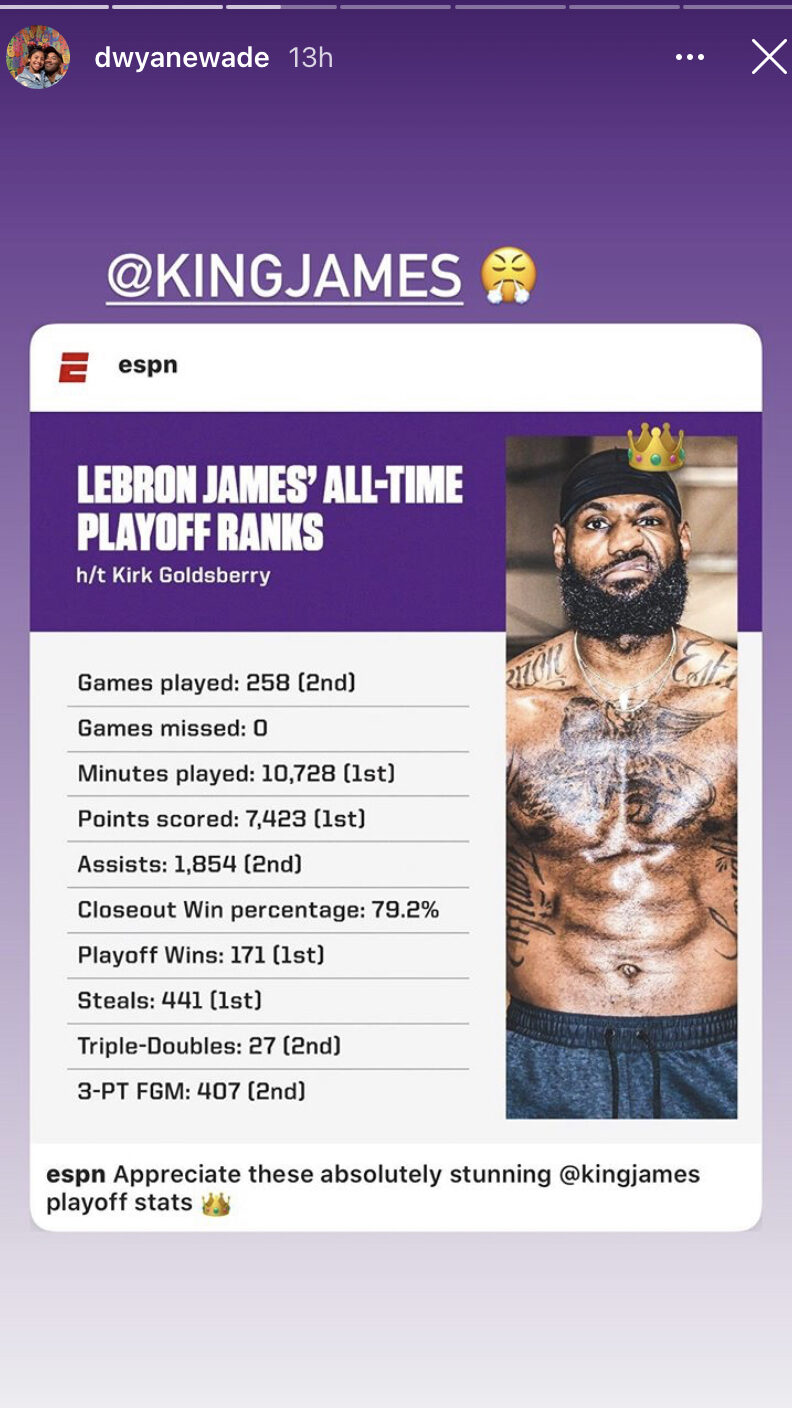 James has reached the playoffs 14 times, with four of those coming in a Heat uniform. In fact, it was in Miami that James won two out of his three titles.

Forming a Big 3 with Wade and Chris Bosh, James helped the Heat dominate the league from 2010 to 2014. Miami reached the Finals in each of those four seasons, hoisting the Larry O’Brien Trophy in 2012 and 2013.

James is aiming to claim his fourth title this season. Incidentally, it is Miami that is standing in his way.

However, Miami has had few answers for the four-time MVP. Through the first four games of the series, James has been averaging 27.8 points, 11.0 rebounds and 8.5 assists per game.