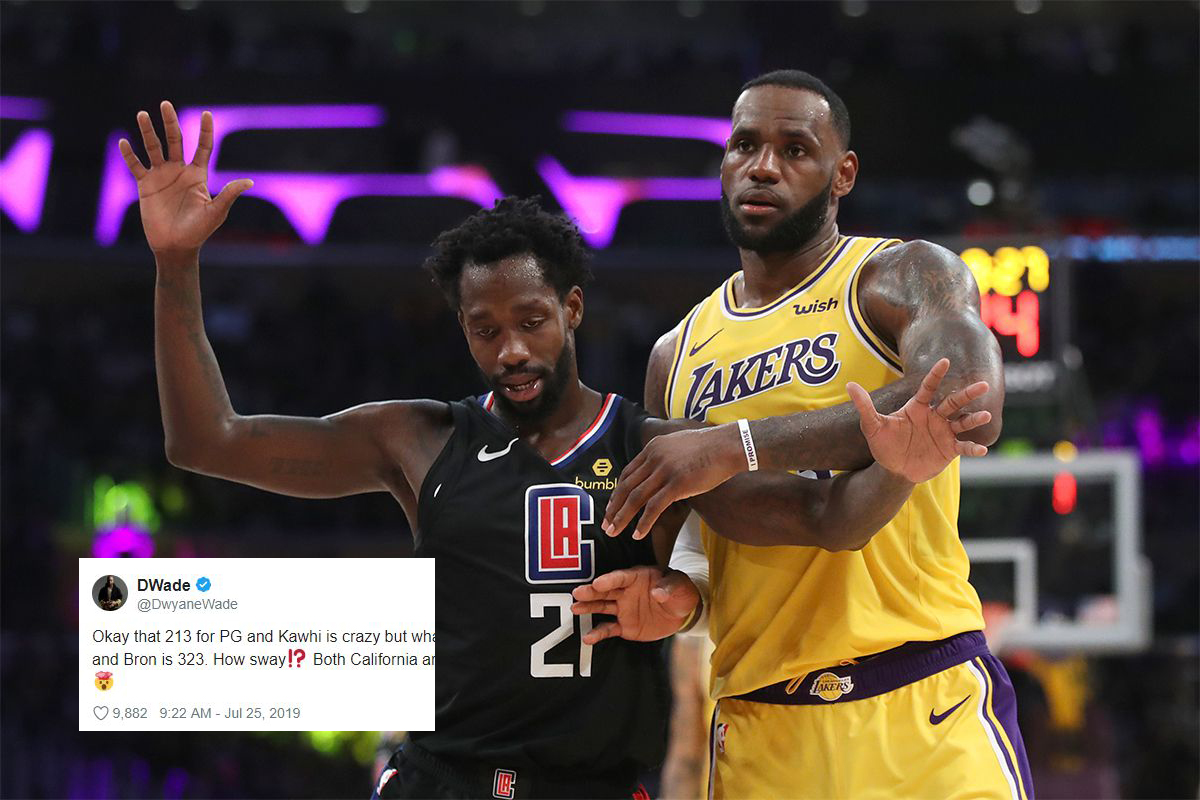 Wade noticed that when Kawhi Leonard’s (2) and Paul George’s (13) number are placed side by side, they represent the area code 213, which can be found in the Los Angeles area. Moreover, Anthony Davis (3) and LeBron James’ (23) combined numbers (323) also represent an area code within the vicinity.

Okay that 213 for PG and Kawhi is crazy but what’s crazier is AD and Bron is 323. How sway⁉️ Both California area codes tho ??‍♂️ ?

Here is more info about the two area codes from AreaCodeLocations.info:

Superstitious folks might find that fun fact from the former Miami Heat star as a sign that the Lakers and Clippers are fated to meet in the Western Conference Finals for the chance to advance to the 2020 NBA Finals.

Davis had to switch to No. 3 after joining the Lakers in a blockbuster trade last June. Both Davis and James wore No. 23 on their previous teams, which prompted the change in the former’s jersey number. The Lakers are considered one of a handful of favorites to win the title next year.

Leonard and George joined the Clippers early this month and quickly turned around the outlook of the organization. After years of playoff failures, they are now expected by many to not only make it to the championship round but also to take home the Larry O’Brien trophy.