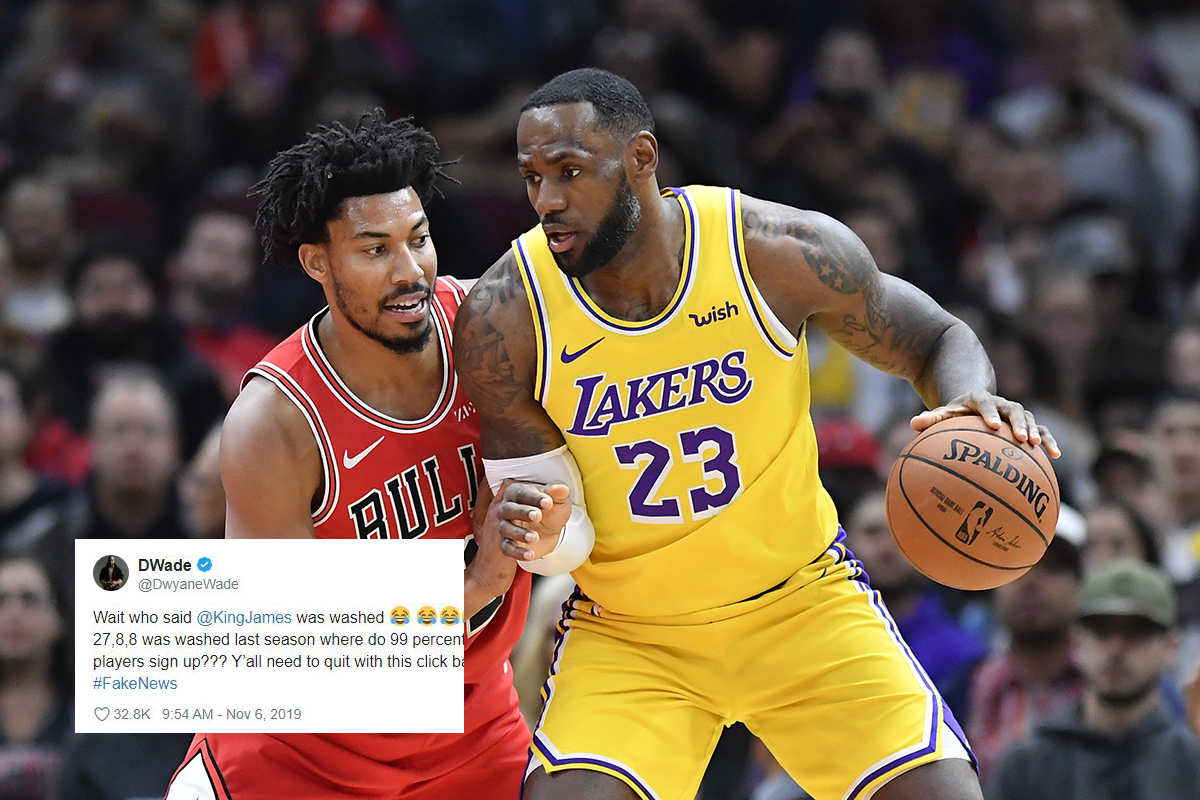 On Wednesday, Wade took a sarcastic shot on social media at James’ critics who were under the belief that the future Hall of Famer was washed up.

The 34-year-old James and his current team, the Los Angeles Lakers, have thus far been thriving during the first two weeks of the 2019-20 season. The Lakers’ 6-1 start has been propelled with a huge boost from the veteran in his 17th NBA season, who’s currently averaging 26.1 points, 11.1 assists and 8.3 rebounds per game.

James scored only 18 points in the Lakers’ season-opening loss to the Los Angeles Clippers on Oct. 22. However, since then, he’s broken the 30-point barrier three times and scored a season-high 39 points against Dallas on Friday night. That effort against the Mavericks also saw him dish out 16 assists, grab 12 boards and collect four steals.

The belief that James was washed up began to surface last season, when he was limited by injuries to just 55 games. Despite averaging the 27.4 points, 8.5 rebounds and 8.3 assists per game that Wade noted, his absence played a key part in the Lakers missing the postseason. In addition, James saw his his streak of eight consecutive appearances in the NBA Finals snapped.