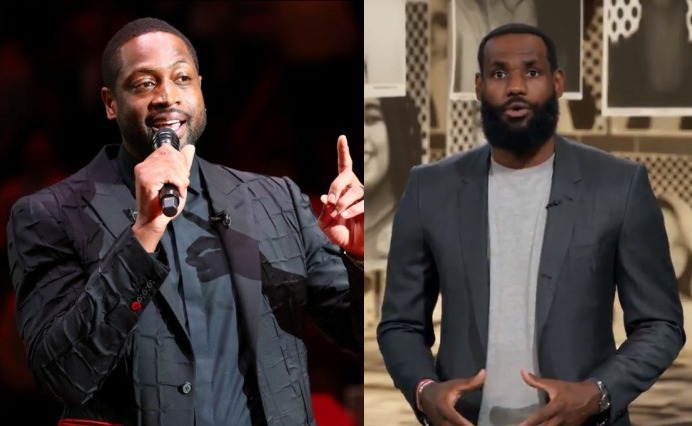 In the wake of LeBron James’ inspirational remarks to the class of 2020, his close friend and former Miami Heat teammate Dwyane Wade offered a succinct tribute to the comments.

James, who now plays for the Los Angeles Lakers, was part of a televised tribute to the graduating classes from this year who are unable to take part in ceremonies due to the novel coronavirus pandemic.

In James’ comments, he took time to note the important roles that schools and teachers play outside of simply educating students, especially for those who are underprivileged or live in underserved communities.

The connection to such students is one that resonates with James, who grew up in the inner city of his hometown Akron, Ohio. There, his mother’s uncertain financial situation led to constant moves, thereby disrupting the education of James.

Yet, James persevered and eventually graduated from high school in 2003, with his ample basketball talents allowing him to advance directly to the NBA.

The income that James has since earned on and off the court allowed him to show off his philanthropic side in 2018 with the opening of the I Promise School in his hometown.

Wade’s one-word tweet was likely due to the fact that he’s gotten a regular up-close look at the way James has approached the idea of being a role model. Wade himself has also been an inspiration for others and continues to be even after his retirement last year.