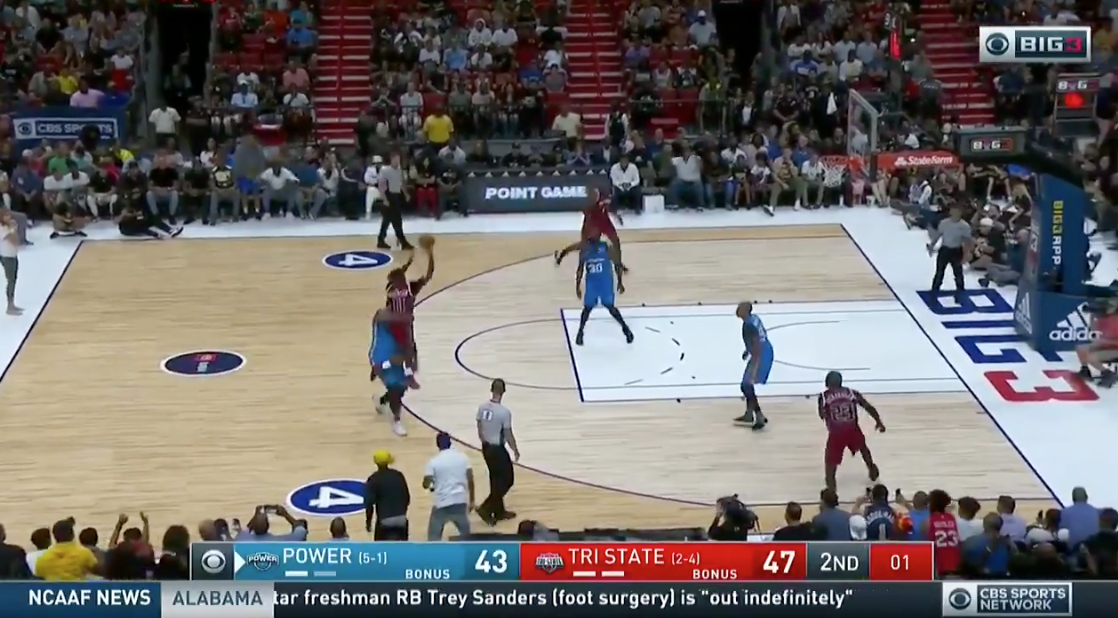 Dwyane Wade watched in delight after seeing Nate Robinson knock down an ice-cold game-winner that capped off an exciting Saturday night for BIG3 basketball.

Big Baby catching Nate makes this one of the coldest game winners ever! https://t.co/BW6bqwQk8N

To make Robinson’s shot even more dramatic, Glen Davis, his former Boston Celtics teammate and now Big3 opponent, caught Robinson in the air after the guard took the 3-pointer. A foul was called on Davis with no time left on the clock.

This gave Robinson’s Tri-State a 50-43 victory over Davis’ Power. The 5-foot-9 guard scored 20 points and knocked down four shots from beyond the arc.

Wade competed fiercely against the two former NBA players during their time in the league. Considered by many as one of the most clutch players ever, he still gets pumped up when others make crunch-time plays as well.

Wade is not a stranger to dramatic finishes. The former Miami Heat star had a storied pro career which included a number of game-winning shots. Even in his final season, the 13-time All-Star would carry the team on his back when called upon.

Against the title-seeking Golden State Warriors in the 2018-19 regular season, Wade nailed a 3-pointer off of one foot as time expired to give the Heat a 125-123 victory.

The three-time NBA champion lived for moments like these, and when he saw Robinson make the biggest play of the night for his team, Wade was ecstatic even as a spectator.