Dwyane Wade Boasts About Historic Postseason With LeBron James in 2012 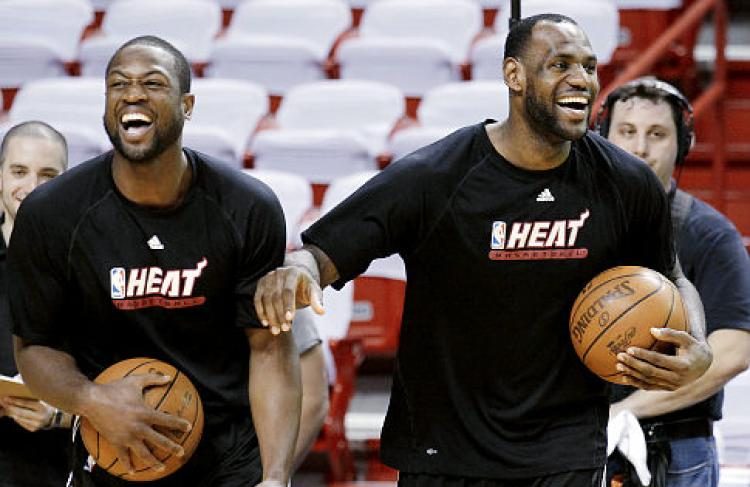 Dwyane Wade and LeBron James are responsible for some of the most iconic moments in Miami Heat history. 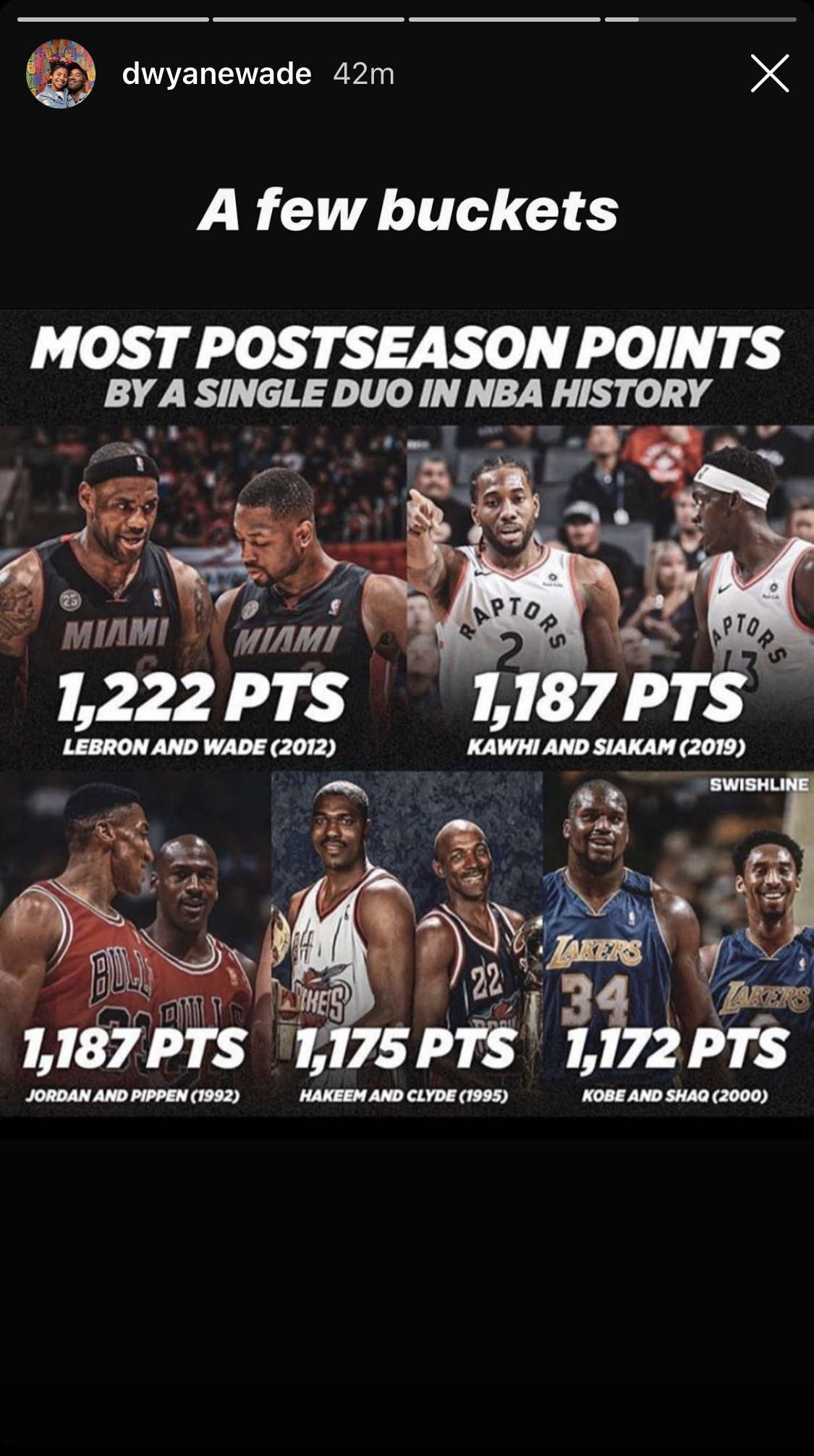 With 1,222 points in the 2012 postseason, Wade and James recorded the most points of any teammate pairing ever in a single postseason.

Though most considered the 2012 Heat to be a “Big 3” led by Wade, James, and Chris Bosh, Wade’s post highlights how proficient he and James were as a pairing. The post also shows that he and James outscored other highly regarded duos, such as Michael Jordan and Scottie Pippen.

Wade and James played together on the Heat over the course of four seasons, and the team made the NBA Finals each year.

The Heat won back-to-back titles in 2012 and 2013. While James won Finals MVP in both series, Wade certainly played an important role as well, averaging more than 19 points per game in both years.

The pairing earned many accolades playing together, and Wade’s post shows that the two should be remembered among the most successful playoff duos of all time.