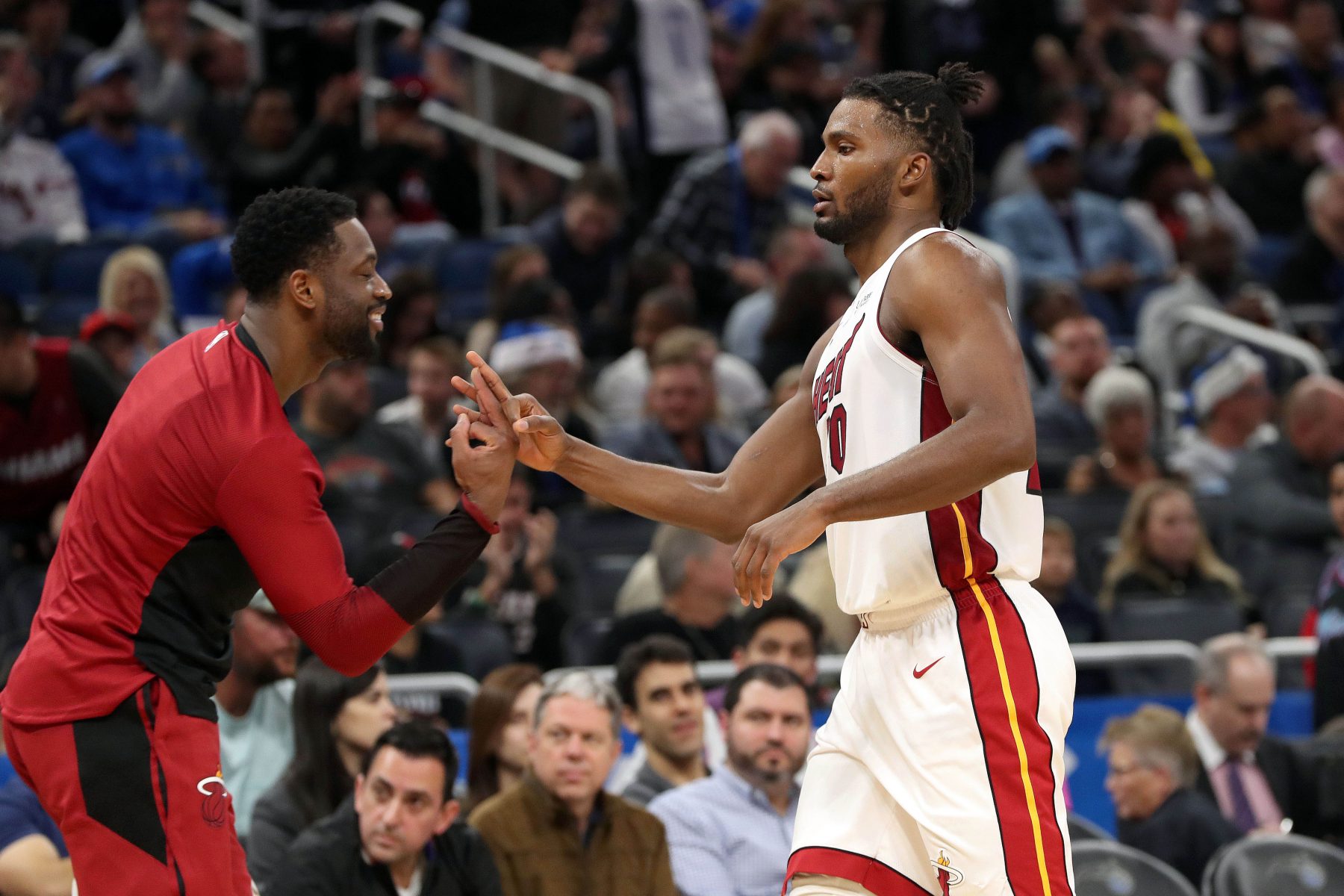 The Miami Heat are finding their groove at exactly the right time. They are currently in eighth place in the Eastern Conference and hold a two-game lead in the loss column over the ninth-place Orlando Magic.

Furthermore, the Heat are winners of nine of their last 12 games and Dwyane Wade believes this is the best they’ve played since his return to Miami. Wade was traded from the Cleveland Cavaliers to the Heat in February of 2018.

“We’re playing as good as a group together as we’ve played since I got back here,” Wade said. “It’s fun playing basketball with these guys this way. One thing you know, obviously with the Miami Heat, we’re going to fight, we’re going to scrap, we’re going to give ourselves a chance to be in games because of that. But now we’re executing the game plan. Everyone is playing with a lot of confidence. Even in the moments where a team goes on a run on us, we feel confident we can stop the bleeding and we can figure it out.”

The Heat have always had an identity. They’re a hard-nosed, blue-collar team that will scratch and claw for anything and everything. If they’re playing with that kind of energy in addition to executing the game plan, they are a dangerous bunch.

Head coach Erik Spoelstra is happy with the way his team is playing. He thinks certain guys on the team are starting to find their comfort zones on the court.

“It is for today,” Spoelstra said when asked if the Heat are finding a next level to their game. “This is going to be a daily grind. I don’t think you ever arrive in this league. You just want to keep on competing and putting it all out there. Certain guys are getting more confident and comfortable. I’m all for that.”

Obviously, the Heat will struggle to make a deep run in the playoffs. The top of the East is stacked and the Heat are scrapping just to qualify for the playoffs. That being said, Wade knows how crucial each game is at this point of the year.

“We know how important this time of the year is,” Wade said. “We definitely know how important these games are. It feels good to win this way and to play the way that we’re playing, where it doesn’t matter who’s leading as long as we’re doing it together. It’s a great environment around here right now. Even the games we lost, we’ve lost to Toronto, Milwaukee and Houston. Very good teams, where we had an opportunity in those games. We’re playing good basketball.”

A playoff push in Wade’s final season is fitting. The three-time champion deserves one more chance to provide fans with some memorable moments.
[xyz-ihs snippet=”HN-300×250-TextnImage”]