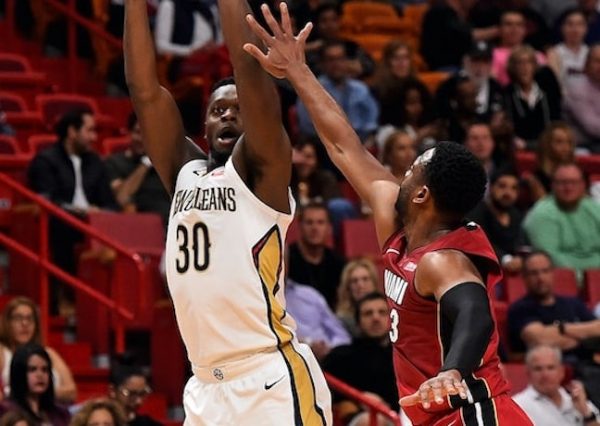 New Orleans Pelicans big man Julius Randle surprised no one on Sunday by opting out of the second year of the two-year contract he signed last season.

Soon after that decision was announced, retired Miami Heat guard Dwyane Wade offered a strong endorsement of the four-year veteran.

The 24-year-old Randle was originally drafted by the Los Angeles Lakers as the No. 7 overall selection in the 2014 NBA Draft. During last offseason, the Lakers chose to renounce their rights to Randle rather than match an offer from another team for the restricted free agent.

Randle found his way to New Orleans, primarily due to the recruitment of his former University of Kentucky teammate Anthony Davis. He then signed a two-year, $18 million deal with a player option for the second season.

With Davis having been traded over the weekend to the Lakers and Randle coming off a strong year, his decision to enter the free agent market was seemingly a foregone conclusion.

While Wade would surely like to see the Heat add Randle to their roster and join another former Kentucky player in Bam Adebayo, that prospect isn’t likely.

The reason stems from the current salary-cap issues the Heat are facing, which limit their moves unless they can trade away some of their burdensome contracts.
[xyz-ihs snippet=”HN-300×250-TextnImage”]