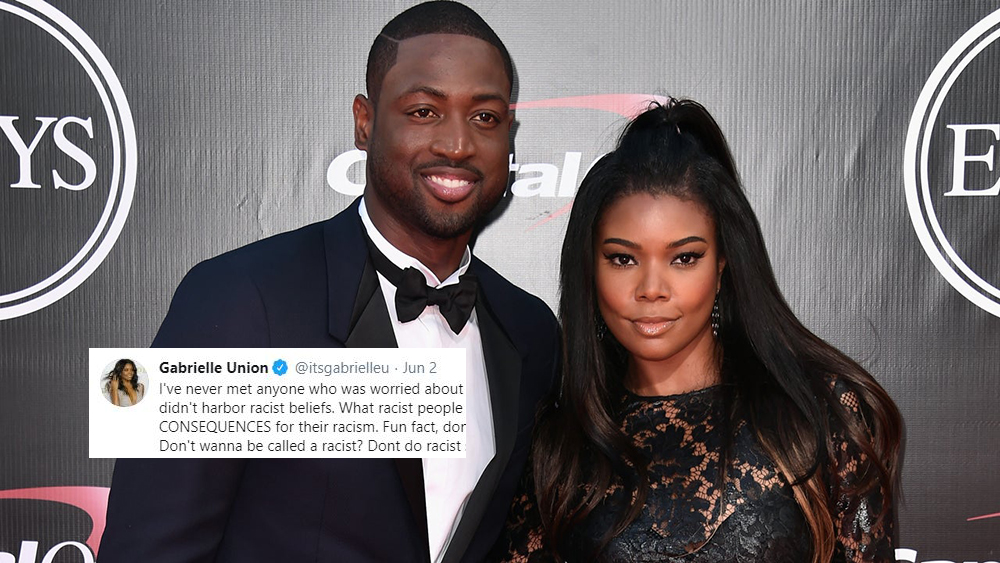 Wade and Union have been extremely vocal about social issues.

The country is currently in a unique state.

Protests and riots have materialized in several cities all across the nation. The outbreak is in response to the death of George Floyd, a black man who was the subject of police brutality on May 25.

Protesters are hoping to see justice come forth for Floyd and racism and police brutality brought to light.

While it’s only been a short time since the protests broke out, there is vast change sweeping across the country. Multiple people and corporations have spoken out and called out racism, white supremacy and police brutality in recent days.

Surely, Union is making a difference with her passionate and progressive statements.