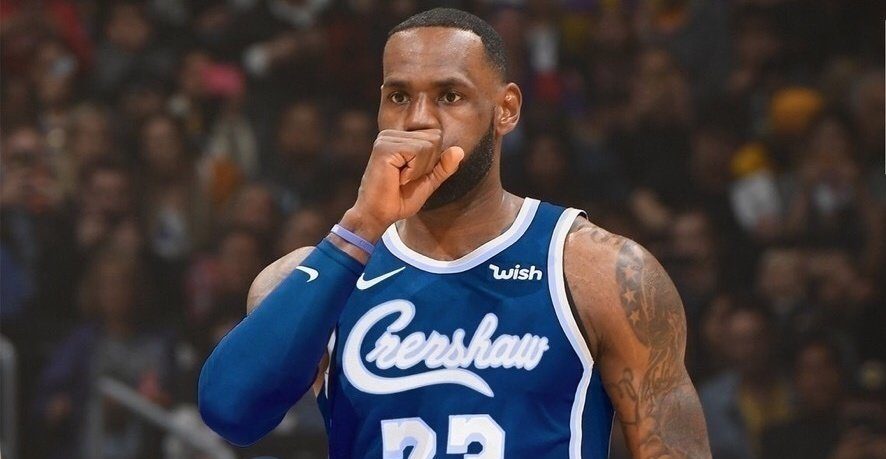 Miami Heat legend Dwyane Wade agreed with Caron Butler’s suggestion that the Los Angeles Lakers and Los Angeles Clippers should both wear throwback jerseys honoring the late Nipsey Hussle. Butler thinks that blue would be best suited for the Lakers while the Clippers would wear red.

Can you imagine pulling up to @STAPLESCenter on a Friday night!@LAClippers is #Red #Crenshaw uniforms @Lakers in #Blue #Crenshaw uniforms honoring @NipseyHussle and UNITY. Along with a hell of a Game on display ????
#ILoveThisGame#ThinkingOutLoud https://t.co/w0mf2YUIol

The culture needs this https://t.co/xl3ow2W45j

In the attached photo from one of Butler’s earlier tweets, the Lakers’ LeBron James is seen wearing a blue Crenshaw jersey. The Crenshaw Collection is Hussle’s clothing line which was launched in 2014 in collaboration with Young & Reckless.

The Lakers have a similar throwback jersey with the city’s name on it. Laker greats Jerry West and Elgin Baylor used to wear these blue Los Angeles jerseys during their playing days way back in the ’60s.

Wade was most likely impressed by how good the Crenshaw logo looks on his good friend James. More importantly, he not only saw the jerseys as aesthetically appealing, but he also likely thought about the impact of seeing Hussle’s logo design on an NBA jersey, saying that it would be for the “culture.”

Hussle was an entertainer, entrepreneur and an active member of the community before he passed away in March of this year.

If the NBA ever approves of Butler’s idea, a Lakers and Clippers battle at Staples Center would surely become more than just another game.