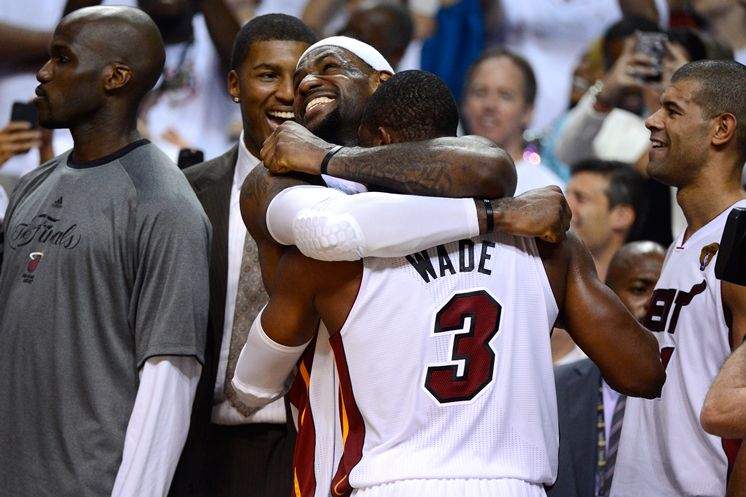 During the 2012-13 NBA season, the Miami Heat went on an impressive 27-game winning streak which lasted from Feb. 3 to March 25.

On Thursday, Dwyane Wade and LeBron James took to Twitter to reminisce on the feat.

The Heat’s streak ranks second in NBA history behind the 33-game win streak of the 1971-72 Los Angeles Lakers. That Lakers team included Wilt Chamberlain, Jerry West, Elgin Baylor and Gail Goodrich, all of whom are Hall of Famers.

The Heat, who went on to win the title during the 2012-13 season, saw their streak ended by the Chicago Bulls. During that season, Miami finished with a record of 66-16.

It’s nice to see that while the years pass, Wade and James are able to remember the accomplishments of that historic Heat team.