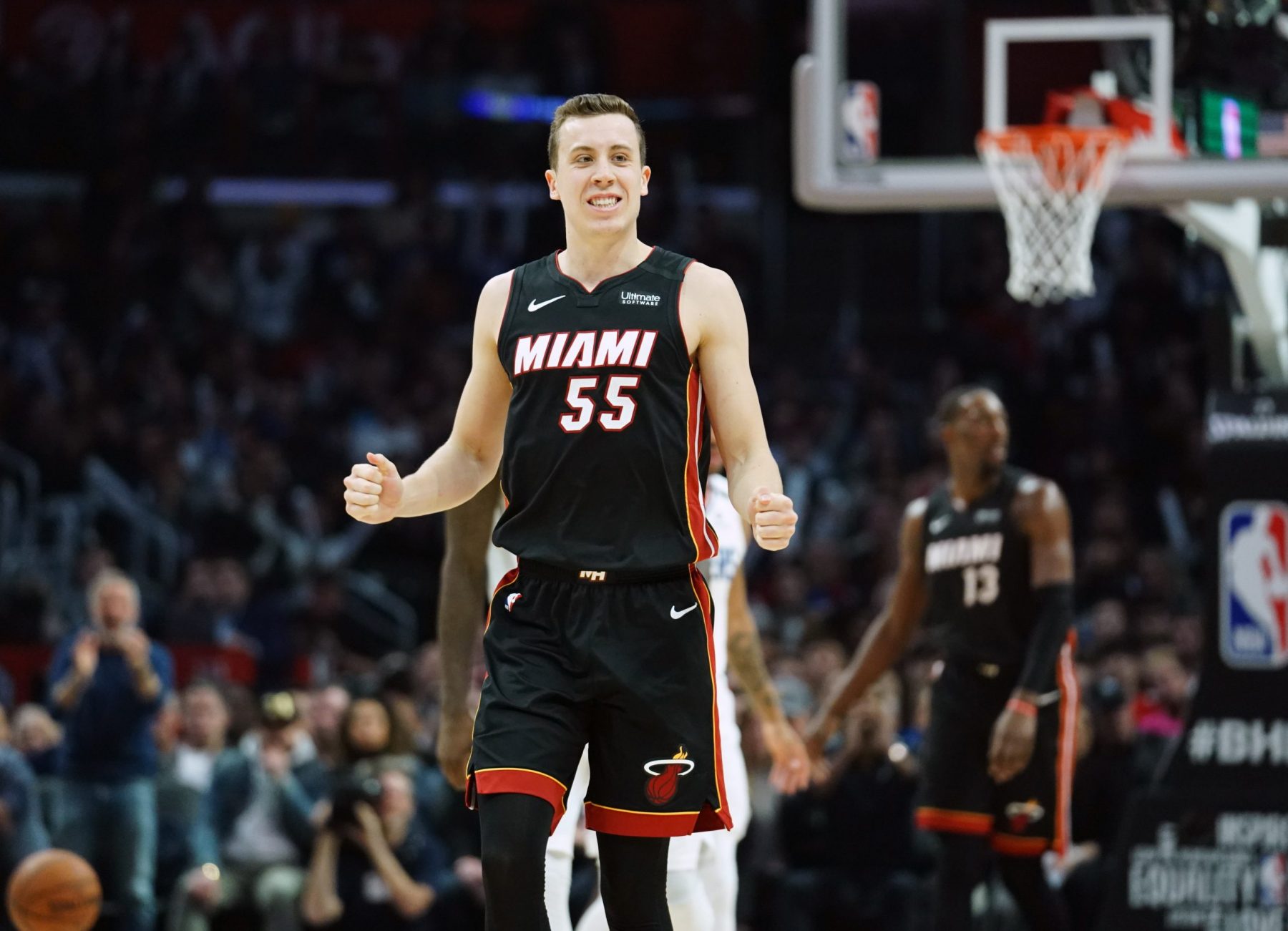 Miami Heat rising star Duncan Robinson was having a killer 2019-20 campaign before the coronavirus forced the league to pause the season.

The sharpshooter recently discussed how badly he wants to finish the season.

“I mean, I would rather finish out this season,” Robinson said. “You know, we had a good thing going. We’ve got a great group and would definitely like to see this season through.

“Obviously, it depends on if they can find a scenario where it’s safe. Obviously, health and safety of not only the players, but the staff and everybody that’s involved with putting on a game, it’s a priority.”

Robinson, 26, is one of the best shooters in the NBA.

While he had an underwhelming 2018-19 season, Robinson is on another level this year.

The 6-foot-7 guard is posting career highs across the board this season with 13.3 points, 3.3 rebounds and 1.4 assists per game. In addition, he is shooting a sizzling 44.8 percent from 3-point range this season.

On the season, the University of Michigan product has knocked down a whopping 243 shots from downtown. He is third in the league in made 3-pointers behind James Harden and Buddy Hield.

Despite just being in his second year in the league, Robinson has quickly made himself a core part of the Heat’s future. His contributions have elevated the team a ton this season.

In fact, the Heat are fourth in the Eastern Conference standings.