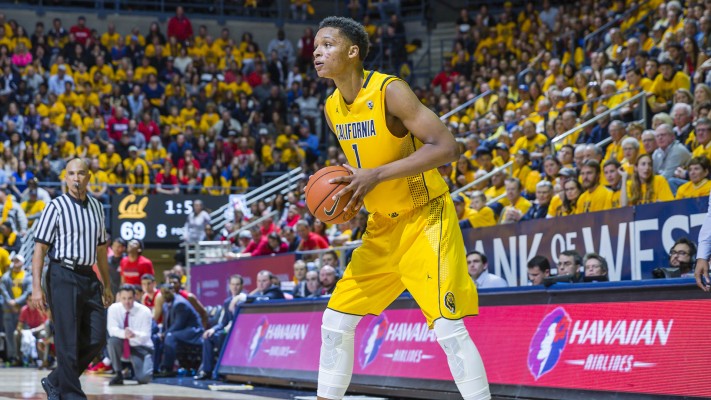 With the positioning for next month’s NBA draft set to be determined on Tuesday night, one potential draftee is comparing his abilities to that of Chris Bosh. That player, Ivan Rabb, is a 6-foot-11, 220-pound power forward who had played at Cal the past two years, though whether or not that catches the attention of the Miami Heat still remains to be seen, especially since they may not end up being in a position to select him.

Rabb could have been a potential lottery selection last year before he chose to stay with the Golden Bears for his sophomore season. He made comments about Bosh during the recent draft combine in Chicago:

“I feel like we have a similar like mid-range package, go-to moves, the same kind of build,” Rabb said, with Bosh listed at 6-11, 235. “He uses both hands around the basket. I think he does a good job rebounding when he really wants to go get ’em. And I just like his game. That’s somebody I watched a lot.”

Rabb is planning on expanding his game to include an effective three-point shot, something Bosh was able to accomplish. In addition, he’s seeking to also focus on the mental aspects that can enhance his game:

“I feel like I’ve honed everything inside the three-point line and I’m shooting the corner threes really well,” Rabb said. “So, I feel like I’m on the right track. But I’m not in a rush to get out there. It’s not my game yet. I’m trying to master what I have first. I think because I work and I learn so quick, I think that won’t be a problem at all. If a team needs me to do that, I’m going to work on that every day and I’m going to shoot with confidence.”

The reason that Rabb could find his way to playing with the Heat is that he’s projected to be in the range beyond the top 10 options. Miami currently finds itself with the 14th pick, which may not change when the draft spots are announced.

“I’ve been hearing Miami a lot,” Rabb said. “I know Pat Riley is known for having great teams, putting young guys together and finding ways to win. So I think that culture over there is huge. So if I’m around those guys every day and they have that mindset, I can’t do anything but excel.”

Despite receiving criticism for his performance this past season, Rabb believes that he was able to improve:

“I think people don’t know that I got better this past year,” Rabb said. “I felt like my situation — I was doubled every game, so it was hard for me to really show what I can do. Now, when I get in a setting where I’m not being doubled, especially in my rookie year, whatever, I get to showcase my game. I’m just ready to do that.”

The NBA draft is set for June 22 at the Barclays Center in Brooklyn.
[xyz-ihs snippet=”Responsive-ImagenText”]