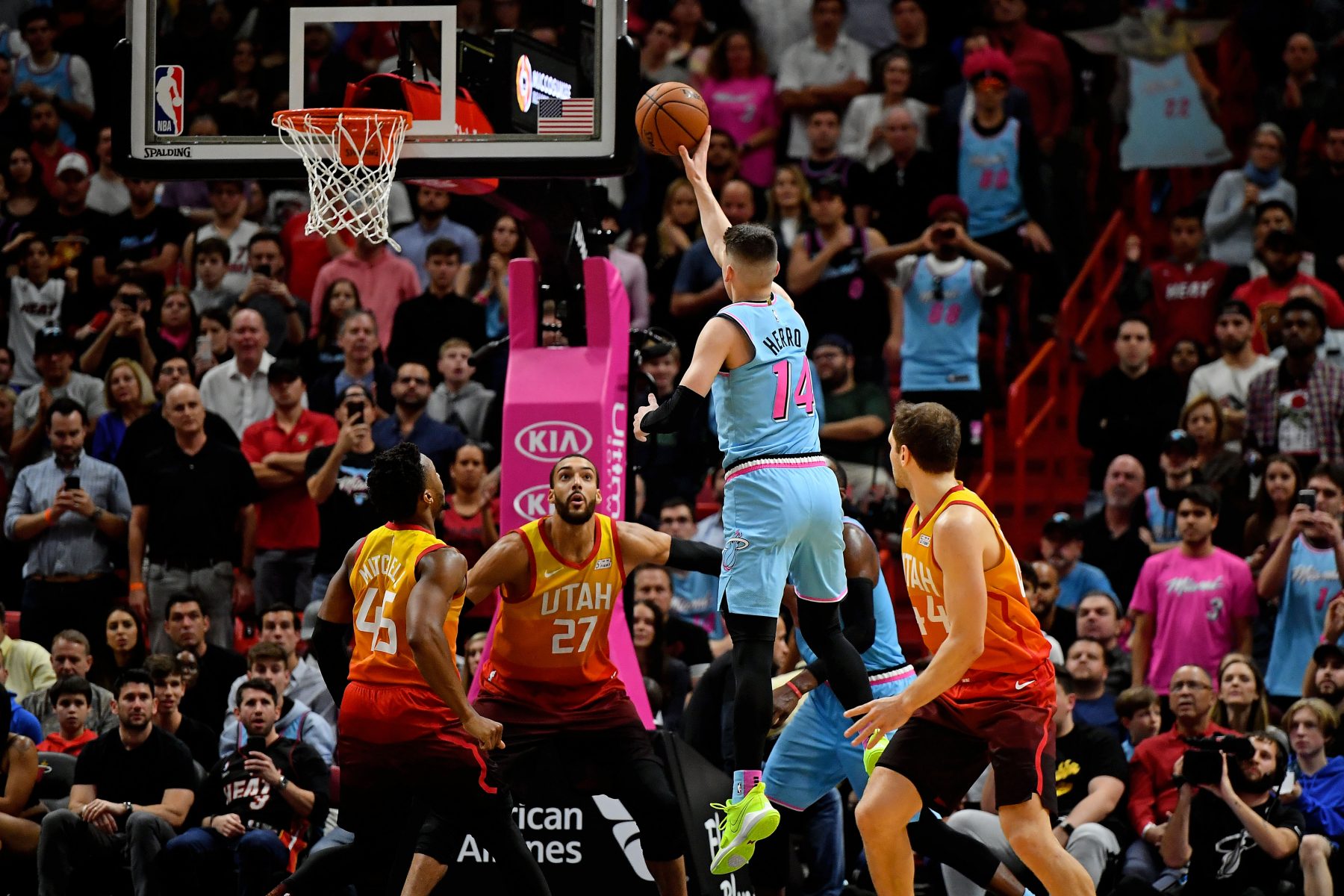 As he has all season, Heat rookie Tyler Herro played a big role in the Heat win. Afterward, Jazz star Donovon Mitchell spoke about the rookie’s large impact on the game.

Donovan Mitchell on Tyler Herro: "He kicked my ass. He capitalized on my poor defense. I take credit for that. I'll take the blame for that. It's on me. He kicked my ass on three straight possessions. We'll see him again."

Miami trailed 81-76 going into the fourth quarter, but it managed to turn things around with Herro at the center of the rally.

With the Heat clinging to an 87-85 lead with 7:43 remaining in the game, Bam Adebayo stole the ball, and Herro hit a 3-pointer seconds later. Further along in the period, the rookie scored three consecutive baskets to boost the Heat’s lead to eight.

For the game, Herro had 17 points and six rebounds on 7-of-13 shooting from the field and 3-of-5 shooting from downtown.  Meanwhile, Mitchell was held to just 13 points on 5-of-18 shooting.

With the win, the Heat are now third place in the Eastern Conference and are mere percentage points behind the Boston Celtics.

Coming up, Miami will be tested when it hosts the Indiana Pacers and Philadelphia 76ers on Friday and Saturday respectively.