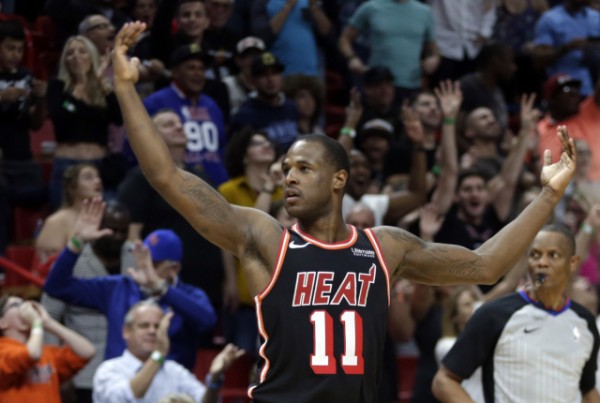 Dion Waiters has had his ups and downs with the Miami Heat this season. While the streaky shooting guard has been instrumental in some of his team’s biggest wins, he has also been inconsistent and unreliable in several of their most lopsided defeats.

His inconsistency has led some fans to question if the 25-year-old pro would better serve the Heat coming off the bench. On Friday, Waiters responded to those calls, letting fans know that he has no intention of accepting a reduced role.

“I’m a starter in this league, man, that’s who I am,” said Waiters. “We’re going to nip that in the bud right now. I’m not coming off no bench.”

Waiters continued to say that while he’s played as both a starter and a reserve player in the NBA, he much prefers his current role.

“I never liked the role [of coming off the bench],” he said before the Heat’s practice Friday. “I just had to accept it.”

He even responded to the criticisms regrading his inconsistency, saying that it’s a problem amongst the entire Heat squad.

“Who really has been consistent on this team,” Waiters asked.

While fans may be calling for Waiters, who is averaging 15.4 points, 3.8 assists, and 2.5 rebounds per game this season, to relinquish his role as a starter, he seems to have the support of the only man who can make that call, Heat head coach Erik Spoelstra.

“Now, in the last couple of weeks, it hasn’t necessarily been the results that we’ve wanted and I know he wants better results, as well,” Spoelstra said. “But I like the work that he’s been putting in. He’s been diligent about trying to take more responsibility, make better plays for the team.

“He just has to stay with it and we’ll get him in spots where he can be aggressive.”

Whether fans like it or not, Waiters is one of the Heat’s most potent shooters on the current roster and his role as a starter seems fairly locked up. Waiters is an easy target to point to for what’s been behind the Heat’s current struggles, but the blame cannot be pinned on him alone.

Waiters will have an opportunity to prove his doubters wrong when the Heat face off against the Brooklyn Nets in Mexico City this Saturday evening.
[xyz-ihs snippet=”HN-300×250-TextnImage”]